For the past 29 years, a tiny village located in (wild) Western Latvia, has developed an almost iconic status among the Baltic bridge community. Every year, on the first weekend of November, this remote village called Druva, becomes a Mecca for all the young bridge enthusiasts.

Druvas Dūzis (the name of the event means ‘the Druva’s Ace’ in Latvian) is mainly dedicated to junior players, as the weekend always concludes with fresh Latvian Junior champions being crowned, both in pairs’ and teams’ format. That being said, there are always plenty of young-spirited (read: above Junior age) bridge players, who gather once a year in Druva to play the preliminary and night’s tournament, as well as hang out, kibitz and support their favourite juniors.

Being a small nation with a modest number of players, Latvia has always welcomed bridge enthusiasts from abroad with open arms and open heart. Throughout the three decades, Druvas Dūzis has seen a large participation from Estonia. Occasionally, the northern neighbours have even made up as much as nearly half of the field (this year 43.6% of the participants were Estonians).

Juniors from several other European countries have paid a visit to Druva: Finns, Swedes, Danes, as well as even Romanians and the Irish. The great Rimsteds themselves have once left the premises of Druva’s high school without the success of collecting all the titles.

Since the early days, Druvas Dūzis has been the tournament that has motivated young players to dig deeper and take a step further towards competitive bridge. Many top Latvian and Estonian players have got their early addiction precisely from Druva (even the ???-time Estonian Teams´ champions and national team members traditionally compete under the team name ‘Druva’).

For many others, the exceptional social element that can only be experienced in Druva has kept them from drifting away from the wonderful game of bridge. Though some people still find the popularity of Druva’s Dūzis to be a mystery. I am more than happy to share a few thoughts I have gathered over the last 8 years when I have had the good fortune to participate in the Druvas Duzis: 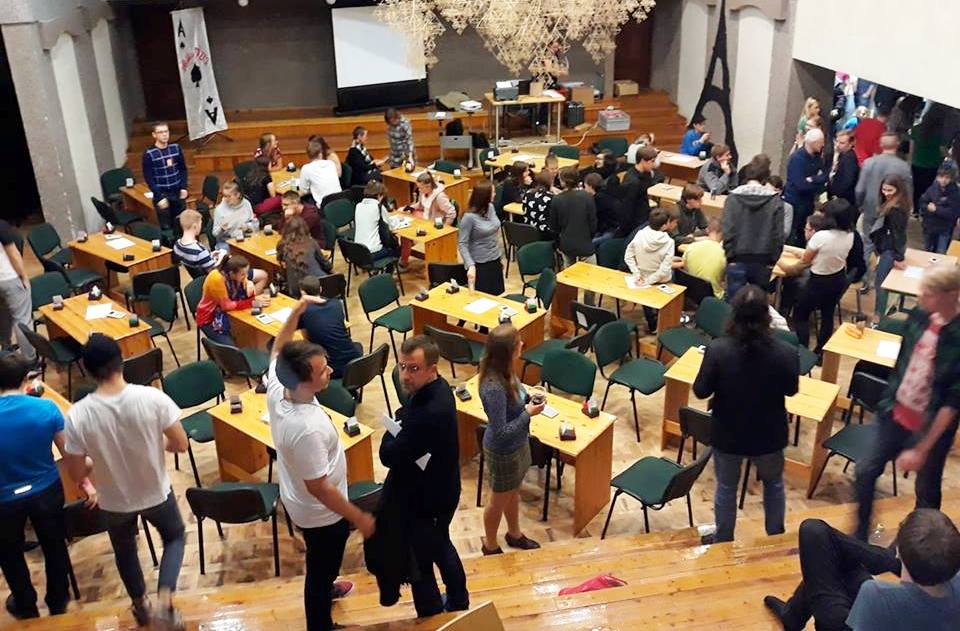 Quite a sentimental journey I took you on, huh? Well, it could be because I am currently on my last junior year, and I am already starting to miss the “good old times”. I feel genuinely lucky that once a year, on the first weekend of November, I will still have Druvas Duzis. I do believe that this is not just any tournament. Trying to excel at bridge, sometimes travelling thousands of kilometres away from home, playing at luxurious hotel venues, analysing hundreds of boards and mistakes, we tend to forget what makes bridge so special. Its ability to bring people together. No matter the skill level, no matter the age, no matter the language. Druvas Duzis has once taught me and keeps on reminding me what bridge is all about.