This particular play is a bit obscure and most likely even some of the best players in your club do not understand it.  It’s called a surround play.

If you have determined it’s best to lead a suit where you have an interior sequence that surrounds the dummy’s holding, imagine dummy’s high card as belonging to your hand and lead the appropiate card.

In this hand East is on lead and West has signaled that he would like a heart turn. 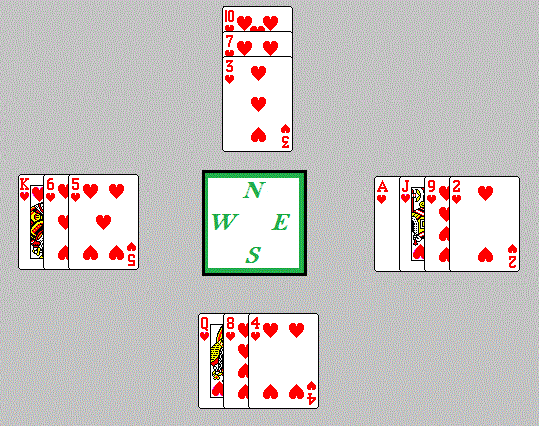 Most players would return a small card so as to indicate holding an honor, but you can see that if declarer plays low forcing West to play the king, declarer will eventually get the queen.  But East has the jack and 9 of hearts, which surround dummy’s 10.  If East uses the above rule he must lead the jack.  Now declarer cannot get a heart trick.  This is the Surround play.

Here’s a second example, but it’s the same rule… 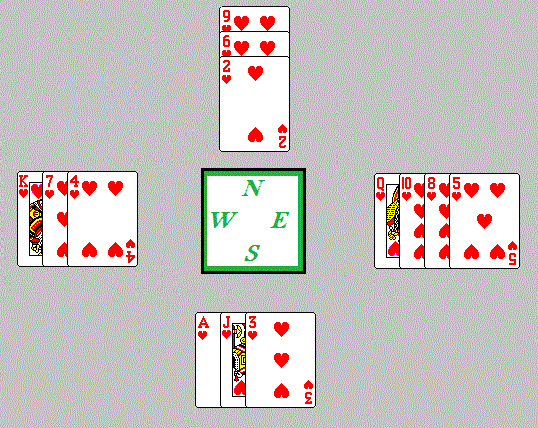 Again, West has signaled for a heart return and East must decide which heart to lead.  If East leads a low heart declarer can duck and force out the King.  Then declarer can successfully finesse with his jack and score two heart tricks.  However, since East has the

8 surrounding dummy’s 9, he should lead the 10.  This play holds declarer to a single trick.  (Leading the queen could be succesful, but if declarer captures the queen he might be able to end-play West later in the hand.)

Rules are Made to be Broken by Oswald jacoby

26th January 2018
X
We use cookies to ensure that we give you the best experience on our website. If you continue to use this site we will assume that you are happy with it.Ok