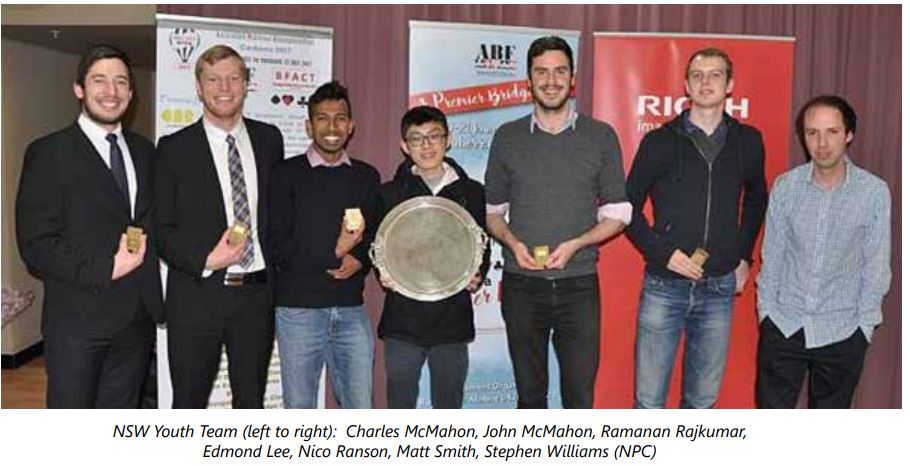 Matt Smith, from the victorious NSW Youth Team, made his 4

contract where many others failed: 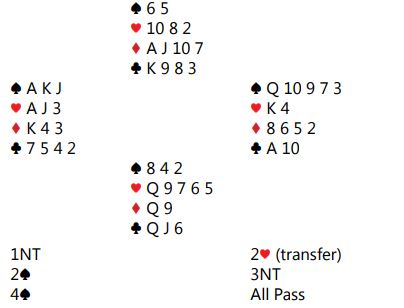 8 lead, and realised that he had 5 spade tricks, 3 heart tricks and 1 club trick. He found an imaginative way to score 10 tricks, based on the lead itself. It seemed that the

8 was unlikely to be from the Queen and Matt played accordingly. He won the

K, then cashed the

A before finessing the

J and cashing the

A to discard his club loser.

Now he ruffed a club in dummy, returned to hand with another trump, ruffed another club (he should trump high), returned to hand with another trump lead and ruffed his last club. This line of play gave him 6 spade tricks, including the 3 club ruffs, 3 heart tricks and the club winner. Matt’s foresight was to win the first heart in dummy. If he had let the heart lead run to his

J, he lacked the entries to his hand to take all three club ruffs.

Furthermore, his line worked even if trumps broke badly. (He could even use high trumps for the club ruffs, so only needed the heart suit to break 5-3 or 4-4.)