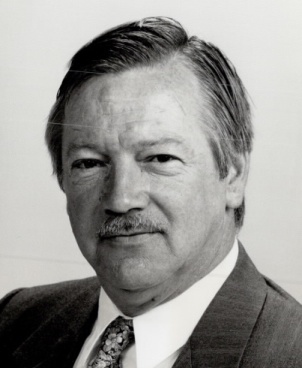 Ted Horning has written the daily syndicated column Canadian Bridge with Torstar Syndicate for over eighteen years-6600 columns and has been teaching bridge for more than thirty years. He has represented Canadian si different World Championship events.

“Between the idea and the reality

Between the motion and the act

bid was Gerber, let me suggest a simple definition of Gerber. Gerber applies only when the most recent bid in sequence was a notrump call and it must also be a jump in clubs. Thus, North’s 4

bid was simplicity itself a club raise. South 5

West won the first lead with the

K and shifted to the

This is not a good slam but it unlikely to be the first or the last bad slam that you have seen. But that is besides the point which is to bring in the contract.

South is going to have to pull some trumps, and establish hearts so two diamonds can be discarded on dummy’s hearts. Even after establishing hearts, South must still have a trump left to ruff dummy’s diamond loser.

If club are 3-1, South must establish hearts without a heart ruff (East holding

Qxx). That will be require a finesse for the

Q and that is about the only good aspect fo this hand. West seems to have good spades and a diamond honor. He is unlikely to have the

If clubs are 2-2, South gains the advantage in that he can still prevail if hearts are divided in a more likely fashion, 4-2, with East having the

A-10, finessing. Curiously, if clubs divide 2-2, play a heart toward the

A-10, finessing. In the latter situation, you will success even if hearts are 4-2 with East having the queen.

Do remember to thank North for his compliment.