In yesterday’s semi-finals in the Soloway Knockout Teams in San Francisco,

Bas Drijver from The Netherlands executed the rare criss-cross squeeze to land this vulnerable game. 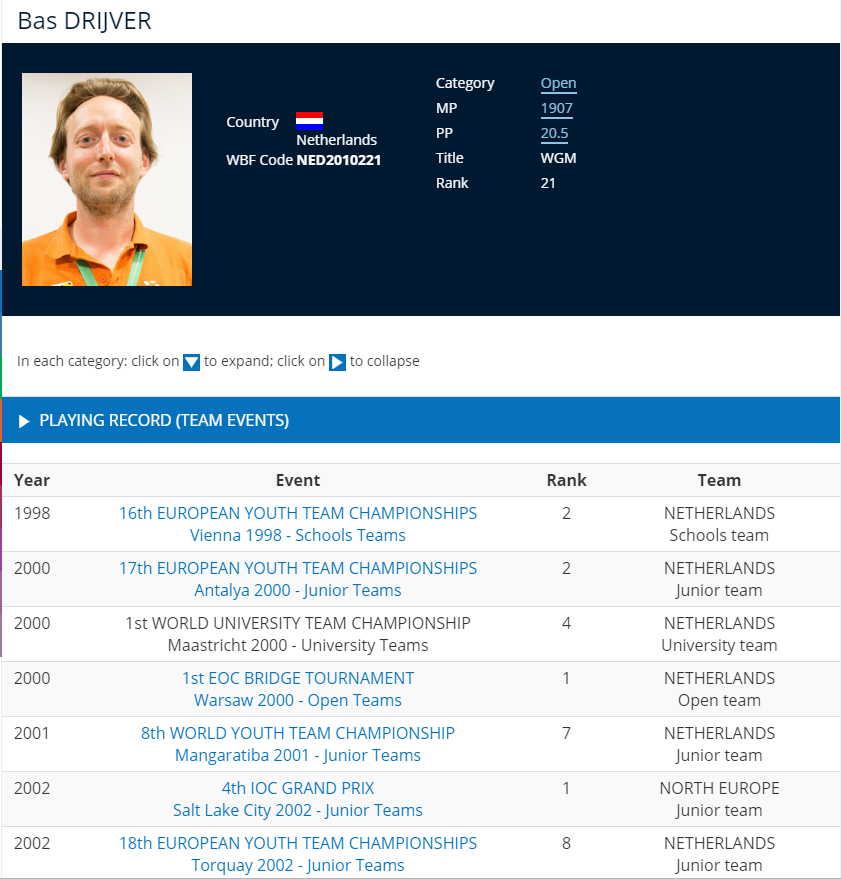 Joel Wooldridge cashed two heart tricks and played a third heart, ruffed with the 5 and overruffed by John Hurd. He exited with a trump, won in the North hand with the jack. Drijver then drew the last two trumps with a low spade to the ace.

Next came two successful diamond finesses and Drijver read the layout perfectly when he placed both minor kings with West and continued with another two trumps.

Before the last trump, Hurd was down to Kx Kx in the minors, so when declarer cashed his last spade, pitching club jack from the dummy, Hurd was caught in a criss-cross squeeze. He had the unpleasant choice of deciding how the last three tricks would be taken.

The contract can be defeated if East switches to a club at trick two (who would find that at the table?) but no matter what, it takes nothing away from Drijver’s brilliant card-reading.

3rd November 2017
X
We use cookies to ensure that we give you the best experience on our website. If you continue to use this site we will assume that you are happy with it.Ok