A lead directing double with a happy ending.

For some reason no expert today believes that his partner is capable of finding the best play unaided, so all manner of lead-directing bids, doubles, redoubles and the like are perpetrated on a daily basis. Today’s deal from the final of the Pesta Sukan, Singapore’s National Day sports festival bridge tournament, illustrates the lengths that modern players will go to, and the kind of punishment that ought to come their way more often.

The final was between a team from Singapore and a visiting team from Indonesia. When Singapore held the North-South cards they bid in routine fashion to 3NT, and despite a spade lead this contract could not be beaten. No one at that table was expecting a swing but they had reckoned without the dreaded Lead Directing Tendency at the other table, where the bidding was:

(1) 15-17 points and ostensibly a balanced hand, but this distribution and strength is a particularly awkward one. If you open one of a minor and your partner responds one heart, you have a choice of various distortions with your rebid.

(2) North must have feared the worst when his partner transferred to hearts – would he have to struggle in a 5-1 fit?

It is curious how often a player who doubles an artificial bid for the lead and then ends up on lead himself does not actually obey his own instructions.

West led a spade and South was able to amass 10 tricks – he took the first seven by winning the ace of spades, crossing to the ace of hearts, ruffing a spade, crossing to a club, ruffing another spade, then cashing the king of hearts and another club.

That left dummy’s trump holding intact, and it proved to be worth three more tricks for a score of 1560 and 14 IMPs to Indonesia. But there was a happy ending for Singapore on their National Day as they eventually won the final. 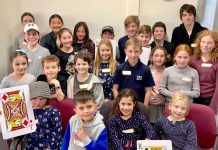 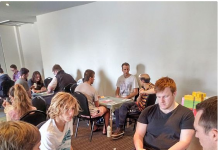 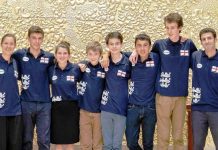 Back in the Saddle: Marty Bergen & Larry Cohen

4th November 2017
X
We use cookies to ensure that we give you the best experience on our website. If you continue to use this site we will assume that you are happy with it.Ok