Of course, I will not suggest asking your mom or grandmother, they probably bid as natural as possible in overcalling. But you? What convention have you adopted to overcall with a two-suited hand? Michael cue-bid, Unusual 2 Notrump, Ghestem, Crash or one of the countless conventions that are out there? Then, above all, are you mindful of the many bidding “accidents” caused by misunderstandings or forgetfulness due to those conventional overcalls? 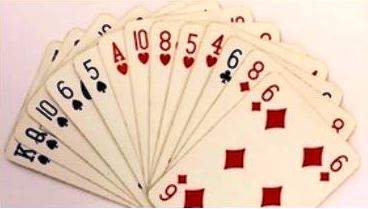 On the one hand the theory states that it is very likely to find a fit in partner hand if you have two suits to propose as trump, on the other the practical play suggests that it is better not to give too much information to opponents if you are not able to really compete. Heard the reasons of the pros and cons, the advantages and limitations, is it possible to reconcile in some way theory and practice? Consider the two priority objectives common to all overcalls in general:

a) To compete, that is to win the contract and reach your Par, positive or negative

b) to preempt, that is to effectively contrast the opponents bidding

c) and prevent them detecting their Par with a high level bid, forcing them to guess whether to pass, bid or double. Both aims often overlap, but the first is an easier goal in the majors, to win the contract as competing, the second is more easily reachable in the minors, that push opponents to bid to a higher level. 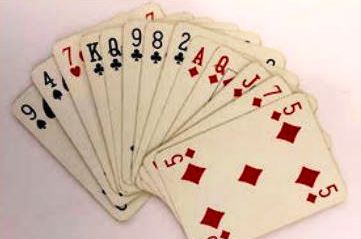 The name comes intuitively from a Major and Minor, that is

The solution is a mix between Michael cue-bid and unusual 2NT.

Actually, while with majors it is possible to stay at low level and then reopen with a strong hand, with minors it is strategically better to distinguish two ranges of strength and Mami, on opening in a major, uses for a two-suited hand in the minors:

● the cue-bid with a 12+ HCP hand, to have space for constructive purposes

● 2NT with a weak hand, mainly to preempt.

A simple and quick solution to agree even between occasional partners, with a rather intuitive continuation.

Mami is used in direct position and, of course, attention has to be paid to vulnerability: more caution if unfavorable, more aggressive if favorable, but not really conditioning.

Advancer responses and overcaller rebids are a matter of partnership agreement. However, herein are some suggested guidelines.

After a cue-bid of a minor (

preference sign-off. The overcaller, with a strong hand, may reopen with: a trial bid 2NT 3 in a major (2

cue-bid of the opening

After a cue-bid of a major (

, 6-11 HCP) over an opening in a major, if the responder passes, the advancer may bid:

, regardless of the opening bid, ask for min/max (2 steps)

In all cases, if responder does not pass, the advancer may:

● pass, with no chance to compete

The pickiest pairs will want to enrich the Mami convention and complete it, to show the other two- suited hands.

For instance, it is possible to adopt over an opening in a minor:

A completeness that, however, involves a greater complexity and a further effort of memory, both strategically not so effective and, after all, beyond Mamiʼs goals.

How to defend against Mami

Basically, the Mami convention is a Michael cue-bid for major openings and an Unusual 2NT for minors openings with the addition of the cue-bid of a major to show the two-suited hand with the minors and opening strength.

The defense is simply the same you adopt for those two-suited overcall conventions.

Now itʼs all on you

Have you already decided to use no convention? Then did you regret it when, occasionally, any of them would have solved the situation brilliantly?

Mami can help you make the right decision, even if it doesn’t claim to be the ideal solution – there is no one.

But if it intrigued you enough to make the effort to use it for some time, you will find it as simple as effective and … you won’t forget it easily. Will it be fun?

Keep bridge alive… and us.

The Lead’s The Thing by Justin Lall

1st April 2018
X
We use cookies to ensure that we give you the best experience on our website. If you continue to use this site we will assume that you are happy with it.Ok