This deal is from Saturday evening’s pair game: 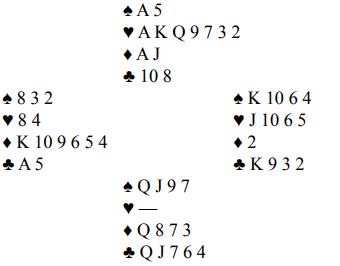 East dealt and passed. South passed, too, and West opened an indisputably light 1

, decided to start with a double. East bid an innocent 1

, and South, responding to the takeout double, upgraded a bit and bid 2

, but South, believing this was a slam try in spades, “signed off” in 4

, and South – not yet quite sure what was going on – tried 6

. North plowed ahead with 6

, and an exasperated South turned to East and said, “Aren’t you going to start doubling?”

Iceland’s Minister of Education Present at the Reykjavik Bridge Festival

28th March 2019
X
We use cookies to ensure that we give you the best experience on our website. If you continue to use this site we will assume that you are happy with it.Ok