Everyone knows that a preempt is capable of causing havoc at the bridge table – to both sides. (If you want to find out more about this fascinating topic I can recommend Step-by-Step Pre-Empts by Alan Mould.)

At the start of the second half of the match between Yeh and Lavazza the preempts came thick and fast.

Board 1. Dealer North. None Vul. 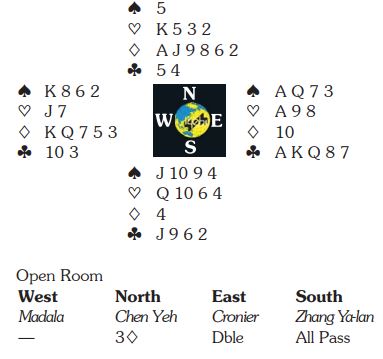 There was not much wrong with North’s 3

, but it was harshly dealt with. East started with her top clubs and declarer ruffed the third round and played a heart. East took the ace and returned a heart, West (who had pitched a heart on the third club) ruffing and returning a spade. East won with the queen and gave her partner another heart ruff. He exited with a spade and was sure to score two more trump tricks, +800.

South led the six of hearts and declarer allowed North’s king to hold, finishing two down to give Lavazza 14 IMPs. Lovers of Opera will know the soprano was warming up. 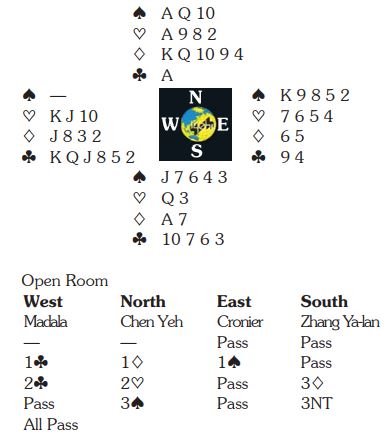 West led the king of clubs and having won with dummy’s ace declarer cashed the ace of spades, West pitching the jack of hearts and continued with the queen. East won with the king and returned the four of clubs (she had carefully followed to the first trick with the nine) and West took his tricks for two down. 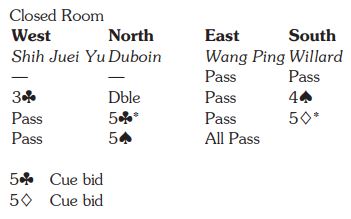 West led the king of clubs and declarer won with dummy’s ace. Declarer played dummy’s queen of spades and East won with the king, West’s discard of the eight of clubs revealing the break. She returned a spade and declarer won with dummy’s ten, played three rounds of diamonds, East ruffing with the eight of spades, declarer overruffing with the jack, ruffing a club, ruffing a diamond and exiting with a trump – two down, -200. 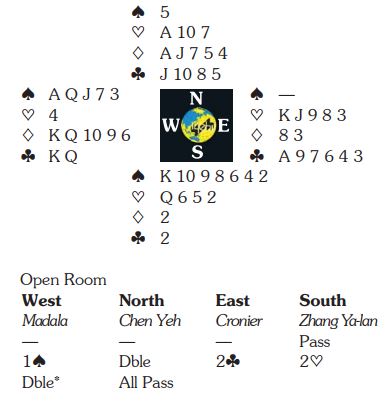 West led the king of diamonds and declarer won with dummy’s ace, ruffed a diamond and played the ten of spades. West won with the jack and when East discarded the seven of clubs he switched to the four of hearts. East won with the king and returned a heart and declarer was hopelessly placed finishing three down, -500.

. North led the five of spades and declarer won with the queen, pitching the three of hearts from dummy and played off his top clubs. South ruffed and could now have played a heart to ensure four down, but her actual choice of the ten of spades was still good enough for a big penalty – North ruffed with the four of diamonds and declarer overruffed with dummy’s eight and pitched a heart on the ace of clubs, but there was no way to avoid three down and -800. The Soprano was already in full voice as Lavazza marched towards the title. 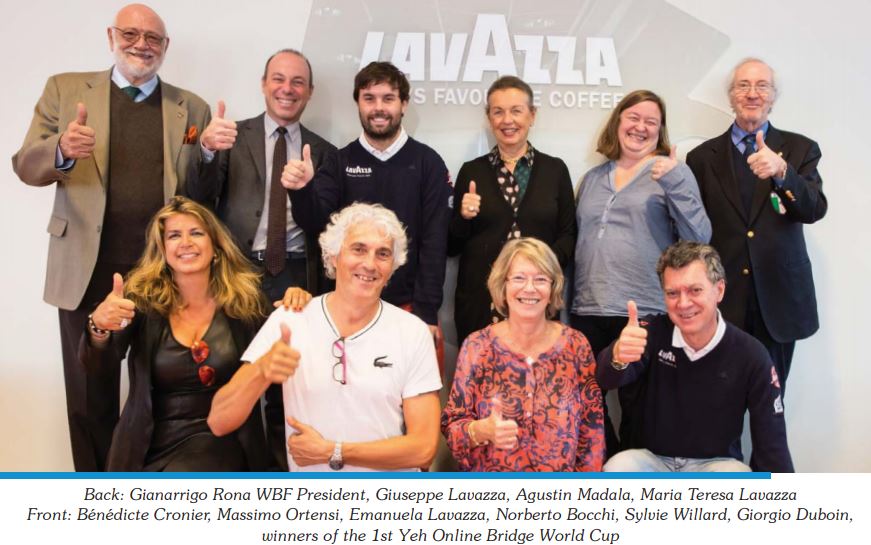 As Time Goes By – By Mats Nisland