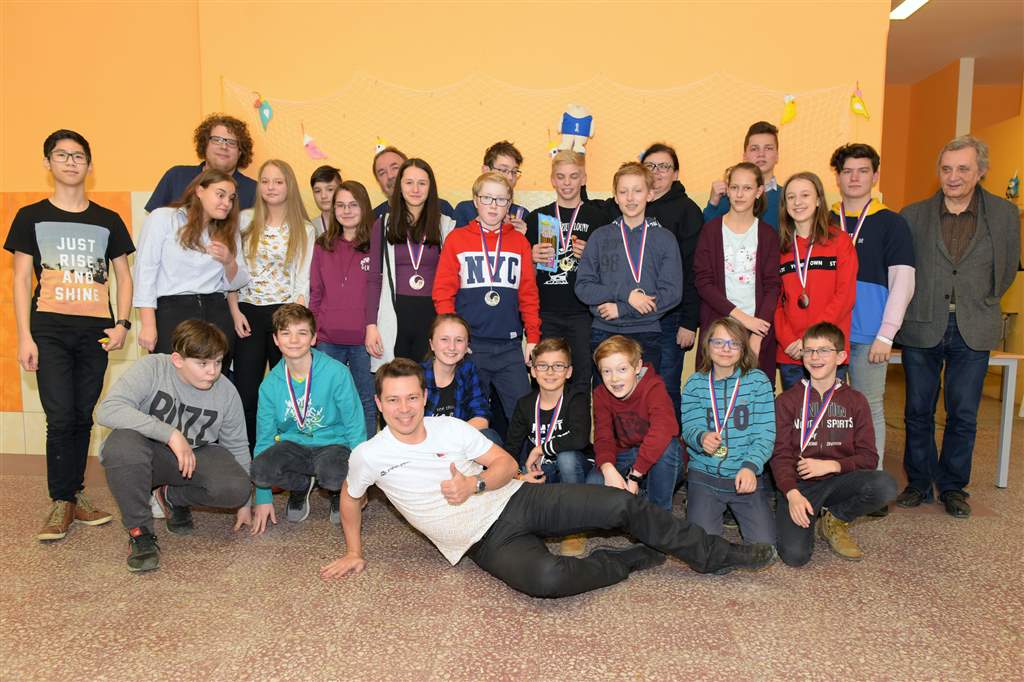 Martin Götzl from the Gymnasium of Václav Hlavatý in Louny won the first tournament of school-children from Prague and Northern Bohemia.

The gaming system consisted of four qualifying rounds of three hands and four for the final. For all involved, it was the first big minibride experience and there was no shortage of tension. Martin Götzl from Gymnasium in Louny won the first place with 21 points. The second was Václav Johnston, also from Grammar school in Louny. The order was really very tight, as the final victory was decided by the transfer of the qualifying part when Martin and Václav were equal.

The third place went to Michael Lalik from Mikulášovice with 20 points, who managed to overtake Eliška Tratinová, also from Mikulášovice. Eliška played the final round better than all the boys, but thanks to the lower transfer from the qualification, 19 points for the medal position were not enough.

The whole tournament was very successful and it is necessary to thank all who participated in the organization and ensure its smooth running. Special thanks go to the cooking team, without them the players would have not been able to perform their best.

“I really liked the team of players and the atmosphere. Even though we had to get up early, I really enjoyed the tournament. – Klaudie Tylečková, Václav Hlavatý Louny Grammar School

“The thing I like most about the game is that the situation is never lost and the results can be improved with a bit of luck. – Martin Götzl, Václav Hlavatý Louny Grammar School.

Doubling after your partner overcalls at the one level and your...

8th April 2020
X
We use cookies to ensure that we give you the best experience on our website. If you continue to use this site we will assume that you are happy with it.Ok