This is a fake cuebid and has only one purpose. The concept of this prinicple has been employed by many bridge players in the past, but the concept has never been a favorite of the bridge community until bridge expert Mr. Zia Mahmood began employing it during his bridge career. The underlying concept is that the cuebid itself is a ploy. A ploy is defined as an action calculated to frustrate an opponent or gain an advantage indirectly or deviously. And this is exactly the designed and designated purpose of these particular cuebids. The following example should clarify this concept: The Zia Cuebid consists of bidding the suit, which the defender should not lead, and then bid the slam. By bidding the weak suit, the idea is that the defender will be persuaded to lead a Club or a trump, but hesitate in leading a Heart since the Heart suit was bid during the auction. It is a pure gamble whether or not the leading defender will fall for this bluff. If the defender held

A K, then the defender would most likely lead the

A followed by the King. However, as is often the case, if the defender holds the

K and partner holds the

Ace, then the defender would most likely not lead a Heart.

Another example of the Zia cuebid in competition: is a Zia Cuebid. Since the final contract will be 4

, the hope is that the first lead is not a Heart. By bidding the Hearts, the desired effect is that the right hand opponent will hesitate to lead the weak suit Hearts. 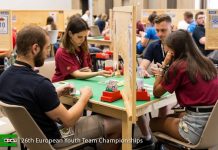 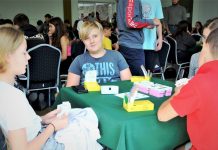 Count all the Tricks