Board 8. Dealer East None VUL 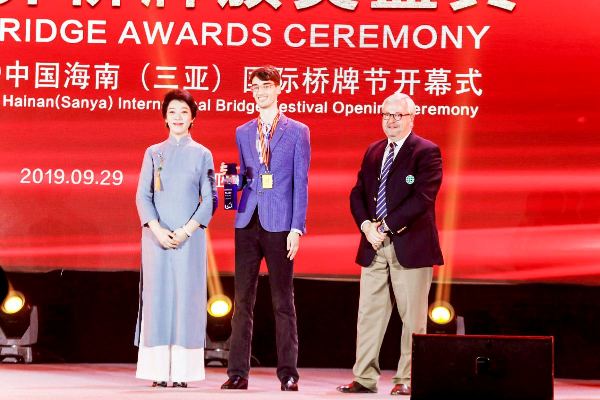 South showed his 2=5=4=2 shape and admitted that he would cooperate with a slam venture over three spades, rejected by North. As declarer, you win the club lead in dummy and have to decide how to play trumps. At the table, declarer, Hurd, led a low heart from the board, took the queen with the king, and then ran the eight of hearts. This was the full deal:

When Kevin Rosenberg made the nine, he not only had a brilliancy prize entry, but the admiration of his opponents, Jeff Meckstroth and myself, and his own partner, David Gold!

19th July 2019
X
We use cookies to ensure that we give you the best experience on our website. If you continue to use this site we will assume that you are happy with it.Ok