This is how the daily Bulletin described the situation:

When you are No. 1 in a competitive endeavor, it’s not unusual for every opponent to come at you extra hard. The veteran Nick Nickell team — USA 1 in the Bermuda Bowl — know what that’s like as one opponent after another views a match against them as a chance for fame and maybe a championship. The Nickell team’s impressive record in high-level bridge competition indicates they know how to handle these situations. That’s not to say, however, that the team is unbeatable — just nearly so.
On Saturday in Wuhan, USA 1 suffered two defeats, one of them by the surprising score of 54-3 at the hands of the strong team from Norway. That disappointment was followed by a narrow loss to Israel, who moved from ninth to seventh.
Even with the two losses, USA 1 is still a lock to qualify for the quarter-finals, which begin on Monday, by virtue of the fact that they are nearly 50 victory points ahead of the team in ninth place. Any of those behind them can earn a maximum of 40 victory points with just two rounds to go, so USA 1 is mathematically safe from being overtaken. Three other teams are in the same position — Sweden in the Bermuda Bowl and England and USA 2 in the Mixed Teams. 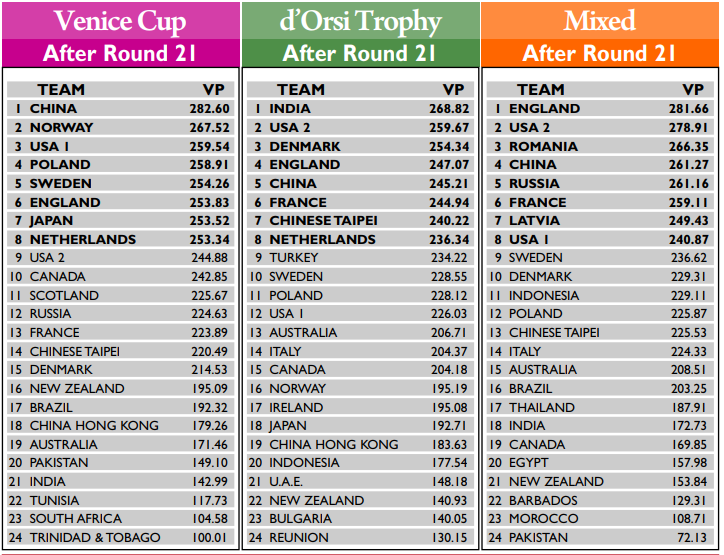 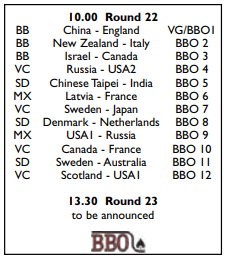 44th World Team ChampionshipsThe stars don't align when considering what is the best call. What would you do in the hot seat?

44th World Bridge Team ChampionshipsIn Wuhan everything has been organised to a high standard, but high isn't always good…