China was contundent in his match against Phillipines. China defined the match in four boards, 1, 2, 12 and 13 …and ended winning the match 68 – 5. Read the story of three of these boards.

These were the boards that defined the match. 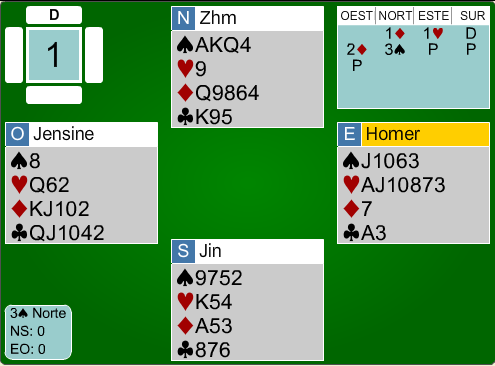 Zhm (CHN) decided to open his hand with a 1

bid. East competed with hearts, South chose to bring into play his 4 spade cards with a double, and Jensine showed a good support to his partners suit. North invited to play a spade game and that was the end. Declarer only could make 5 tricks for – 200. At the other table North chose to say 4 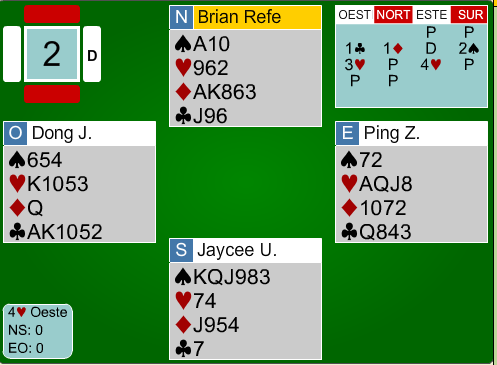 With some interferences. E/W (CHN) arrived to a heart game and declarer lose only two spades and a club for 10 tricks and the contract. At the other table N/S (CHN) played 3 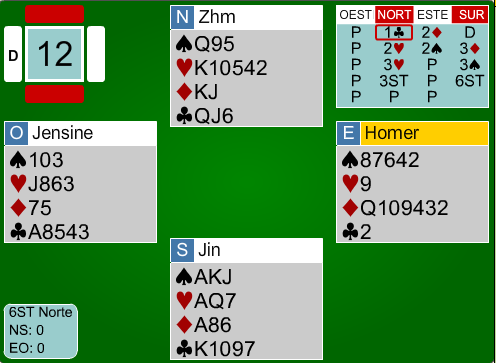 and with a club ace lead and another club was beaten in the first two tricks. This board gave 17 IMPs to China.

16th September 2019
X
We use cookies to ensure that we give you the best experience on our website. If you continue to use this site we will assume that you are happy with it.Ok