Believe it or not, I was a junior once, too. Back in 1992, the Hungarian team had great players, including my then partner, György (George) Szalay, who was already a world class player.

During our match against the local team, France (the Europeans were held in Paris) he played with another great player, Gabor Winkler (they played with different partners, George with four, Gabor with three, playing almost every hand). 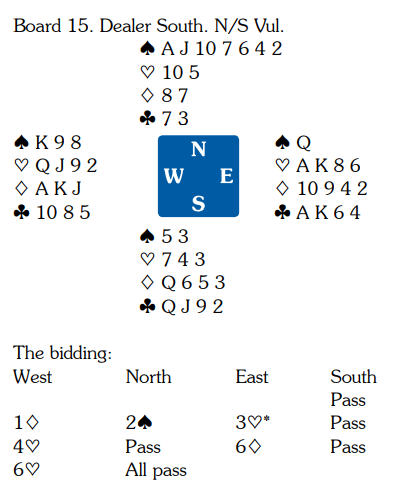 The opening lead was a low diamond (the three, playing 3rd/5th, a true falsecard), probably hoping his partner can ruff it. George put up the ace, and played a spade, which North won, and returned a club to the ace. Declarer went into a long huddle, but found the winning line: heart to the queen, spade ruff, heart AK, diamond finesse.

On the spade king, both East and South discarded a club, and this was the position… 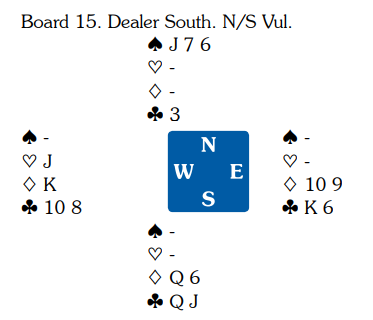 Dummy played the last trump, declarer throwing a club, and South was caught in a criss-cross squeeze.

He elected to throw a club, but George got it right: played a club to his king, and had the diamond entry to enjoy the now high club ten.

This declarer play was elected best of the tournament in 1992.

Planning Ahead in the Auction by David Lusk

Use the Entry Squeeze by Oswald Jacoby and Alan Sontag