The project to encourage playing Bridge among young people in Ecuador was born from an idea of ​​the entrepreneur from Quito, Gustavo Correa, who has been my bridge partner in recent years. Correa knew about the benefits of the practice of this sport, and he wanted ecuadorian children and young people to know this sport, to know its benefits and that they knew that they can represent our country in future international tournaments.

Initially we both developed the project in Guayaquil and shortly after, Rubén Darío Cabrera, joined the group with the idea of ​​promoting it in Quito and thus covering the two largest cities in Ecuador.

In the last 5 months of 2018 we have given Bridge classes in 3 educational institutions in Guayaquil to children and young people from 10 to 15 years old, in Quito it is being taught to college students aged 18-21, in total 25 students.

The idea of ​​teaching classes in the vacation period occurred to us because the class period ended in January 2019, so I contacted officials from the Sports area of a prestigious club and talked with Jorge Baquerizo, a bridge player from Guayaquil, he recommended me with the president of the Tennis Club (who loved the idea) and we are currently teaching 100 children between 7 and 12 years old.

The reception of children and young people has been wonderful, it is motivated by the interaction with young people of the same age and a possible representation of Ecuador in South American, Olympic and World bridge events.

Our intention and that of the directors of the Tennis Club is to have a Bridge Club for young people permanently, which will allow us to continue promoting bridge to the current and future generations. 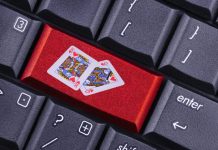 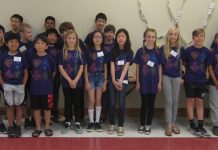 13th March 2018
X
We use cookies to ensure that we give you the best experience on our website. If you continue to use this site we will assume that you are happy with it.Ok