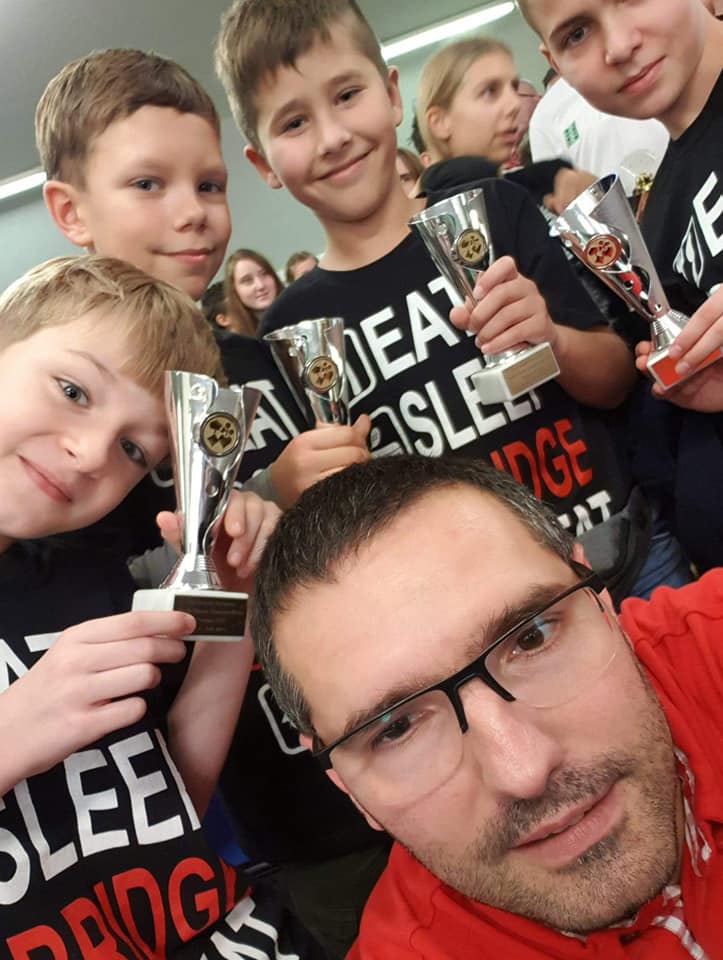 1. The Central European Championships are slowly coming to an end. In the pairs tournament that ended yesterday, Poles took 6 places in TOP-8 in the youngsters category. Aleks Bukat and Sebastian Zimorski won, ahead of Łukasz Kasperczyk and Michał Stasik and Czechs. Our youngest players recorded great performances: they finished Jan Trojak and Ignacy Wójtowicz on the 7th, and Kacper Kisielewski and Antek Wójtowicz on the 8th.

Today the qualifying round of the team tournament in the Under 26 category has come to an end. The team from Centrum Kultury i Sportu in Skawina was short of promotion from the promotion to the final four – 2 VPs were missing! This art was successful for our team U-26.

Youngsters from KBS Miłkowice had a slightly greater loss. Both teams will appear tomorrow in the final competition in the U-16 category and confidently decide between themselves the fight for victory. The youngest from #teamCKiS are doing sensational, but they also advanced (from 3rd place) to the U-16 finals and tomorrow they will face the chance to win medals!
Keep fingers crossed!

Exploring the Social World of the Mind Sport of Bridge