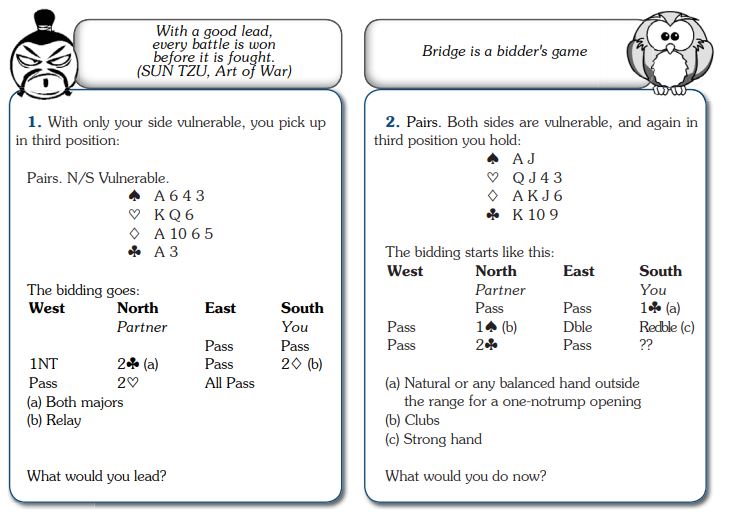 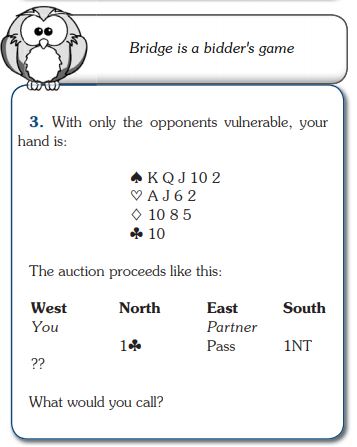 In Opatija last year in the youth pair events, Julie Arbit and Sean Gannon were the only United States players to win medals, coming third in the Junior Pairs. Here are three of their boards, with the answers to the initial quiz. They defended well on this deal when their opponents did not end in the best spot. 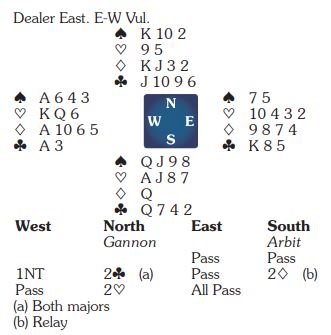 Obviously, two spades would have been a better spot, but North presumably wondered if his partner had 4=5 in the majors and that the 5-2 fit would be better than the 4-3.

Gannon, sensing what was happening, led a low spade. Declarer won with his queen and led the diamond queen. West won with his ace, cashed the ace of spades, and gave his partner a spade ruff. Arbit returned a club to her partner’s ace, then, on the fourth round of spades, she overruffed dummy’s nine of hearts with her ten. She cashed the king of clubs and shifted to a trump.

Now we turn to the first bidding problem. This was the full layout: 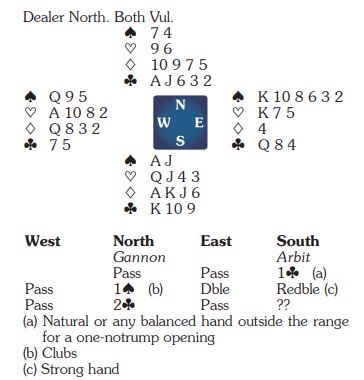 Arbit, having shown a very strong hand, trusted her partner and passed! She then got the trumps right to lose only one spade, two hearts and one diamond to score plus 110. That gained 34.56 matchpoints out of 38.

This was the full deal from the second bidding problem: 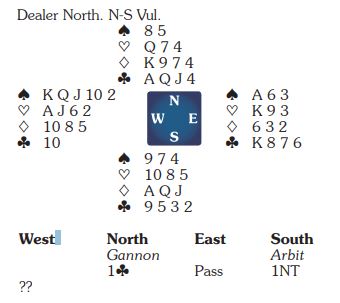 Gannon made a take-out double of clubs, and Arbit, eying the vulnerability, passed.

West led the king of spades, of course. He continued with the ten of spades to East’s ace, took the third round with his jack, and cashed the queen of spades. Declarer discarded two clubs from the dummy, East pitched the six of clubs, low encouraging, and South released a low club.

West could not read his partner’s card and was worried that South had started with five clubs and was ready to run the minor suits. So West switched to the jack of hearts, which was covered by the queen and king. East returned the nine of hearts. West took declarer’s ten with the ace and cashed his last spade, but declarer claimed the rest. The defenders were the eight of hearts away from that being a great defence. Or, if West had not played hearts, they would have got 500, but plus 200 was still worth 31.22 matchpoints out of 38. Three East-West pairs collected 500, against one notrump doubled, three clubs doubled, and four diamonds doubled!

Attack of the Two-Suiters by Rich Newell

How Popular is the Moysian fit?

23rd November 2018
X
We use cookies to ensure that we give you the best experience on our website. If you continue to use this site we will assume that you are happy with it.Ok