Lyon, as Paris, has his own world underground. Like the catacombs in Paris, you can enter, through the sewers, multiple galleries/tunnels under the hill of Fourviere dating back from the Roman empire. This includes the remains of a Roman aqueduct. The rumor tells that, under this hill, there is an underground lake too. The goal of those underground addicts is, each week end, to find new paths that will lead to it. Other stories tells the existence of an underground path between the two hills of fourviere and La Croix-Rousse. We haven’t found the entrance yet… (Source: Quora, Nicolas Fleury, Lyon, France).

This board wasn’t played underground, but in many tables was an underbid board. 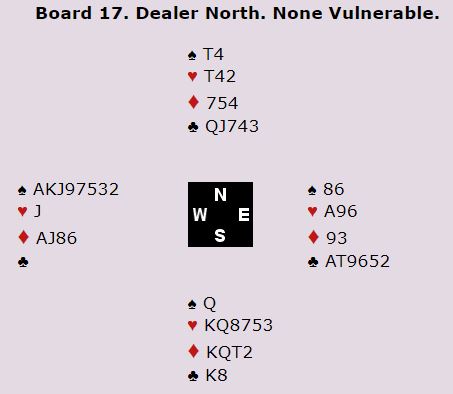 This was what happened with the board in the Germany-USA1 match.

The play and the defense were exactly the same.

This is what happened with the Board in all the tables: 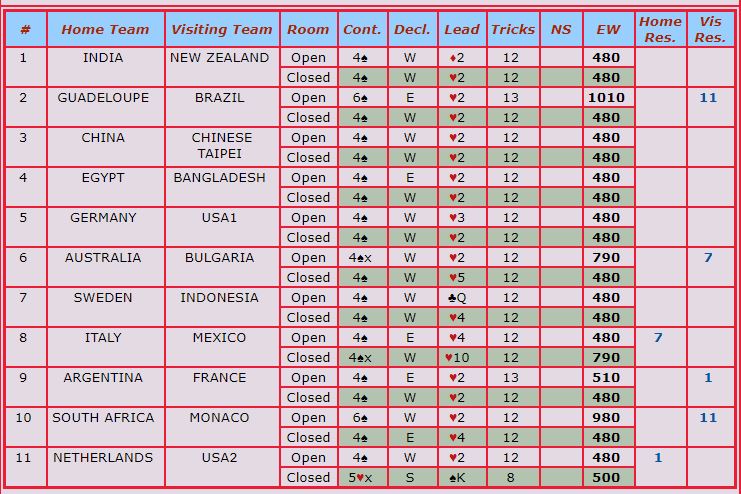