USA 1 was leading the RR since Round 9 when the team clashed against England: 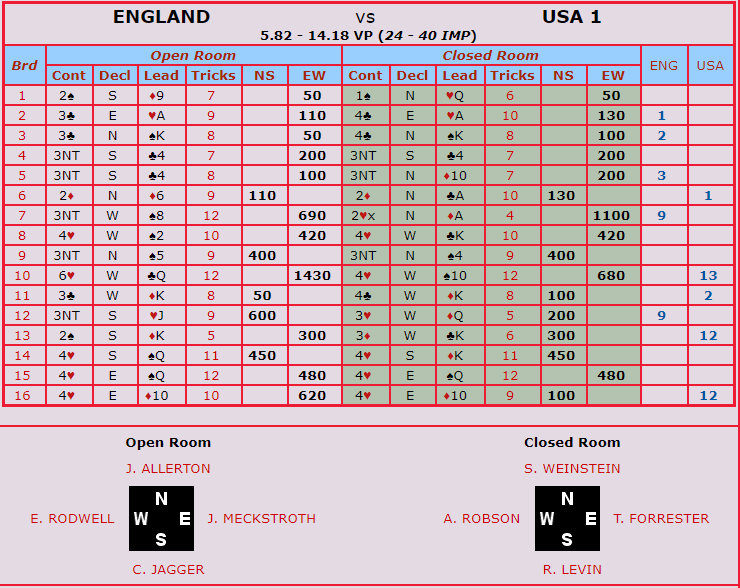 After two pass, Weinstein decided to open with a weak 2

bid. Forrester chose to penalize him and passed. His partner reopened with double and Forrester passed.

Declarer payed 1100 =9 IMPs when at the other table although the bidding started exactly the same, Meckstroth chose to bid 3NT. Done, +3. +690.

Robson opened his hand with a 2

was p/c, Robson mentioned his hearts, and Forrester closed the heart game. Declarer made 12 tricks.

At the other table, Mecwell found their way to the slam after a 1

In one of the tables both pairs were figthing the contract, and Forrester (ENG) bought the board at the third level. Too high declarer went 3 down.

At the other table after a 2

I had a dream… by Ib Lundby, Denmark

28th March 2019
X
We use cookies to ensure that we give you the best experience on our website. If you continue to use this site we will assume that you are happy with it.Ok