Source: NEWS FROM THE BRIDGE ROOM IN POREC, CROATIA 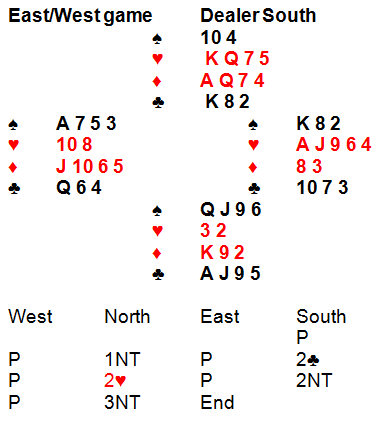 This hand occurred in the championship pairs qualifying round. I would expect the above auction to be widely followed, though I would give some consideration to passing 1NT with the South hand. The point is that North/South have a maximum of 25 points, and game is unlikely to be better than borderline, even if opener is maximum. One of the themes of the Porec holiday has been the special criteria that should govern your bidding at duplicate pairs. Unlike vulnerable at teams, it doesn’t pay in the long run to bid thin games at pairs. However there are three things that would sway me to investigate game with the South hand. First the shape of 4-4-3-2 is far better than 4-3-3-3 because you have two suits that you might develop for length tricks. Second, while there are no tens the three nines look very useful. In particular the black nines in suits you are likely to want to develop look very useful. Third, there are no unsupported queens or jacks.

However the real point of this hand concerns how the play might develop after the various possible opening leads. So what would you lead as East? If the bidding had been straight 1NT-3NT a fourth best heart lead would be obvious, but the above auction has told East that declarer has four hearts. It is usually a bad idea to lead from a broken suit in your opponents’ suit, however you have five good hearts and almost any heart honour in partner’s hand would leave you with very powerful hearts sitting over declarer’s suit.

What are the alternatives? The bidding indicates that North/South have nothing much to spare for their contract so how about a passive lead? Maybe the

7 (MUD). In fact neither of these leads turns out to be as passive as you might think!

Declarer seems to have 8 obvious tricks: 2 spades (I told you the

9 was likely to be useful), one heart, 3 diamonds and the

A K. He will need to play on spades but he will still require to find a ninth trick.

9 and suddenly declarer has four club tricks. If declarer played clubs himself he would undoubtedly finesse dummy’s

Q. Leading away from tens is not necessarily passive.

8. Dummy covers with the

9. Normal practice is that West should play the lower of touching honours, the

10. However here declarer wins the

A and can later finesse his

7, knowing that West must have the

J. West can do better than this. The

8 cannot be a fourth highest (only the

10. Therefore it must be top of a doubleton. West cannot conceal from declarer who has the

J that would result in the

8 being led, but he can muddy the waters by concealing the

0. West should play the

J rather than the

10 at trick 1! After either of these leads the defenders cannot recover if declarer reads the hand correctly. Even if West gains the lead with the

A and switches to the ♥10 declarer covers with the

A and returns a low heart but declarer allows West’s

How about a heart lead? East leads the

A. West continues with the ♥8. Declarer doesn’t cover with the

reply to Stayman. East overtakes the

K as an entry he continues with the

J, setting up a third heart trick which he cashes when he regains the lead with the

K. Three heart tricks and the

Both sides need to carefully watch the small cards here: an exercise in concentration and attention to detail. 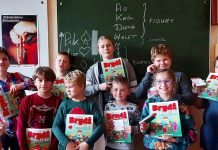 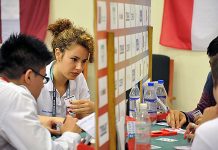 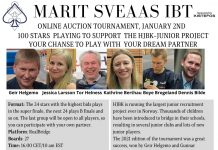 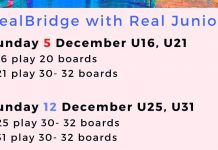