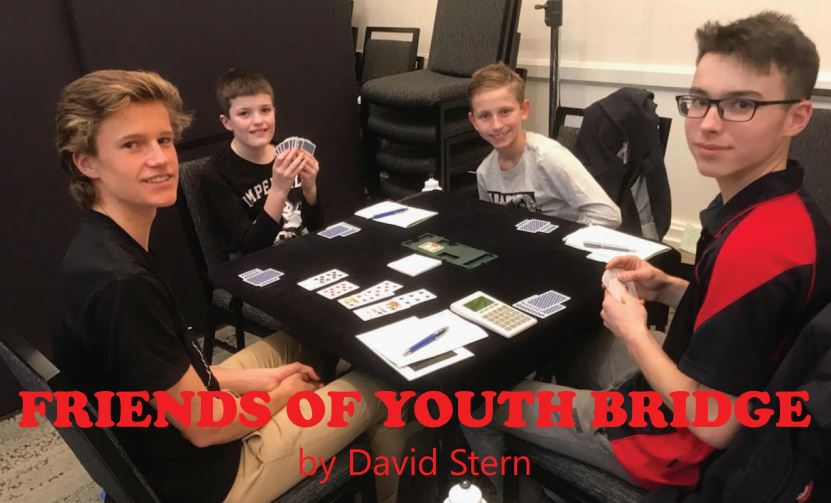 Providing funding for the expansion of Youth Bridge

The Friends of Australian Youth Bridge Fund was initiated around 2002, with a donation by Avon Wilsmore, Denis Howard and David Stern.

The stated goal of the Fund was to provide funding for the expansion of Youth Bridge that was outside of the domain of the Australian Bridge Federation.

Further funds were added through various means including:

It would be fair to say the fund has a healthy surplus with which to meet its goals and objectives. All funds earn interest and are held by the ABF, but are under the control of the administrators, which at this time are Peter Gill and David Stern.

But what projects (more than 100 in total so far) has the FofYB Fund contributed to over the years?

In recent times the Fund has seen some recipients of grants make contributions to the fund, thereby recognizing the benefits to them and ensuring the longevity of the Fund. In general terms, everybody associated with Youth Bridge is aware of the fund, often print details on tournament brochures, and direct all enquiries to the administrators of the Fund. For more details contact David Stern at: David.stern.bridge@gmail.com

EUROPE VS CHINA! The challenge has begun!

7th November 2017
X
We use cookies to ensure that we give you the best experience on our website. If you continue to use this site we will assume that you are happy with it.Ok