Barry Rigal is a bridge player, author, commentator and journalist. Born in England in 1958. Rigal has been a Vugraph commentator for thirty years and chief commentator for the European Bridge League (EBL) and World Bridge Federation (WBF) since 2006.

He has been an executive member of the International Bridge Press Association (IBPA) since the early 1990s and was appointed President in September 2016.

Today’s deal is all about counting.

See if you can match declarer’s effort from the finals of a recent US trials. Roger Bates declared a game that would have been impossible to make on a heart lead. However, on a diamond lead and heart shift (a trump switch would have worked better, but one can understand East’s play) Bates was still in with a chance.

How did he play?

ANSWER I thought Roger Bates handled his delicate game contract very carefully, finding a fine line of play in his contract of four spades. His partner Ralph Katz thought the three spade call was forcing — as would I — so maybe the South hand is not worth more than a bid of two spades at the second turn after the initial double. After a diamond lead and heart shift Bates went up with the heart ace and played a club, and West took his ace and tried two more rounds of hearts.

Bates ruffed, led the diamond king and ruffed a diamond, then cashed the club king and observed the fall of the queen from East. Assuming this to be a true card, East was known to hold three hearts, four diamonds, and apparently only two clubs, and thus must have four spades. Accordingly, a single finesse in spades would not bring the suit home safely, and the only legitimate chance was to find West with the singleton spade queen. So Bates played a trump to the ace, and was rewarded by seeing the queen fall, to bring his contract home. 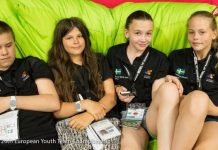 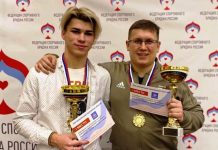 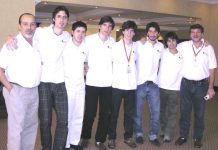