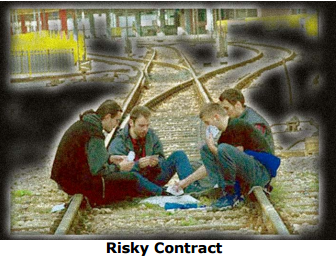 In the Slaughter House Bridge Club Howard-Bigot Johnson was known as the worst partner of all the world.

One night at the Club, Dr. John was just leaving when another club member approached him looking extremely upset and distraught.

Doctor, I’ve have received some devastating and shocking news…….and you are the only one I feel confident enough to confide in…….. such is my fragile, panic-stricken, state of mind. I’m very frightened and beside myself with worry. I’ve just been told by the hospital that I only have 6 months to live……..but I don’t want to die so soon. Right now I’m on the top of my game, and I want nothing more than to play bridge for the next 20 years.

Listen my friend…..time is relative……all is not lost……so what I suggest you do is to play all your remaining bridge with Bigot-Johnson as your partner .

The poor man was completely taken back by what the good doctor had advised him.

But I’ve heard so many awful things about him. He can make his partner’s life a living hell

Exactly, 6 months with Bigot will seem like an eternity……or to put it another way…… you will see death in a completely different light …… for it won’t come soon enough…….and as each day passes, you will welcome death as a blessed and merciful release .

Lead Aggressively Against a Confidently Bid Contract by Andrew Robson

18th June 2019
X
We use cookies to ensure that we give you the best experience on our website. If you continue to use this site we will assume that you are happy with it.Ok