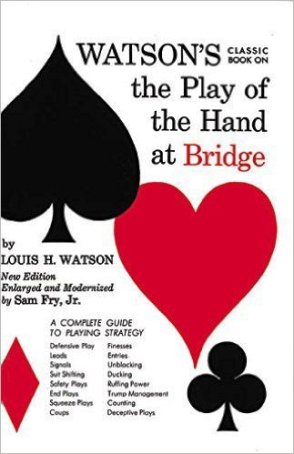 The deal which follows illustrates getting a count at the very end of a hand. The declarer has to give up his losers before he can reach any conclusion as to his proper play.

West’s opening lead is the Queen of hearts. The bidding having gone uncontested, the declarer has no information from his opponents’ bid.

Obviously he must hold off in hearts, since the Ace is his only stopper. He can surely count 2 spades tricks, 1 heart, 2 diamonds and 3 clubs. The needed trick can be found in two ways. The fourth club in the dummy may be st up if the suit breaks 3/3 or if the Jack falls, and there is also a possibility of establishing a los diamond trick.

East won the lead with

K and in trick 2 leads

2 and declarer wins with

10 and East wins with the

J. Declarer is now making an attempt to establish the thirteenth diamond, as the club play can be made at any time.

Q declarer and dummy play low letting East win this trick is a brilliant stroke by South. Although he has two spade stoppers, he lets East’s Queen ride through in order to get as much data as he can on the rest of the adverse cards.

7 and dummy wins with the

K and another diamond to the

Since West has four clubs, South knows that he can make his contract whether West has the

Declarer plays first to see whether the J is one of East’s two clubs. Since it has not dropped he can now finesse against it in West’s hand, for he still has

Observe how simple the count was on his hand. Yet it would have been impossible without giving u`that spade trick on the first round of the suit.