Having to make a discard can be hard. Throwing the wrong thing may give declarer an extra winner. If you have J-x-x-x and see A-K-Q-x in dummy, you must surely keep the suit. In real life, things are rarely so simple. Either you must contend with length in the closed hand or rely on help from partner. In the latter case, you often need to protect one suit each. 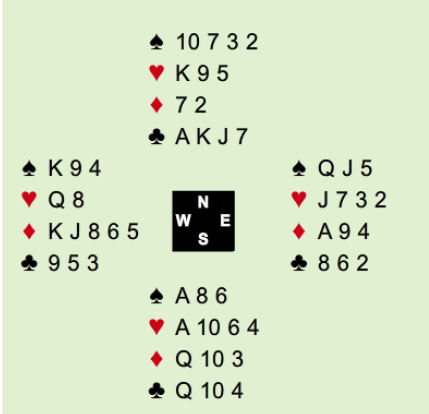 You are East. West leads the six of diamonds. You win with the ace and return the nine. Partner runs the suit. Dummy discards two spades and a heart, you two clubs and South one spade and one heart. On a club switch, declarer runs four rounds of the suit. You must find three discards. You put South with the major-suit aces (or West could have cashed out). Those, plus four clubs and the spade king would give eight tricks. This tells you to put West with the spade Eng. A count of South’s points says the same. A-K of spades, the heart ace and both minor queens would be 15. You can throw all your spades! You must keep hearts because partner can’t. 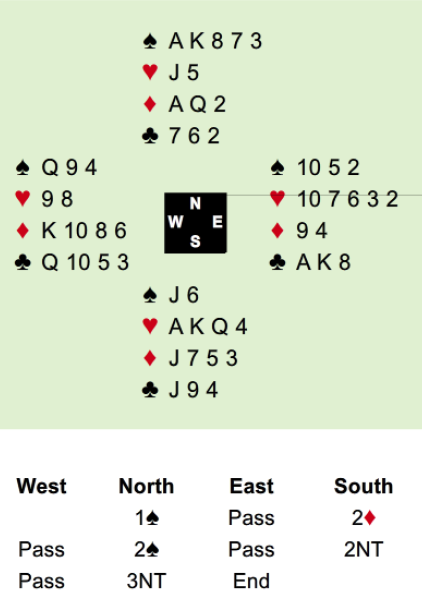 You, West, lead the three of clubs and run four tricks when East holds A-K-x. On the last club, North throws a spade, East a heart and South a diamond. You switch to a heart, won by the jack. Declarer continues with the A-K-Q of hearts. You must find two discards. You have three options: two spades, two diamonds or one of each. The clue here is the bidding. South responded 2

, showing at least four diamonds. This means that partner holds at most two diamonds and thus that discarding two diamonds would be fatal. Since South might hold J-x of spades, partner will be able to help protect the third round of spades but not necessarily the second round — so you do not want to discard two spades either. Correct is to throw one spade and one diamond. Had the bidding been different, giving you reason to place South with three spades and three diamonds, you would again have followed the principle that you keep what partner can’t. In that case, as only you could guard the third round of spades, you would keep your spades and rely on partner to guard diamonds. 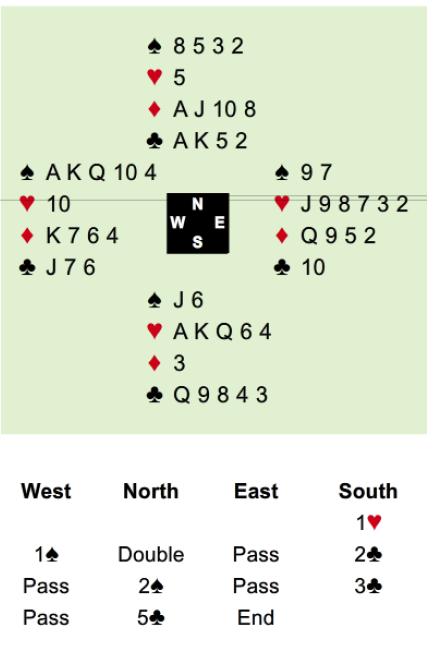 Partner takes two top spades and plays a third round. You, East, ruff and South overruffs with the queen. Then comes a club to the ace (you throw a heart) and a heart to the ace (West plays the ten). Now comes the nine of clubs, covered by the jack (a slight mistake) and king, followed by a club to the eight. You must discard twice more. In a suit contract, you still keep what partner can’t. The added thing to think about is that declarer might ruff a suit good. The bidding and play to date tell you that South started with A-K-Q-x-x of hearts. If you throw another heart, you can no longer protect the fifth round and your opponent can ruff a heart in dummy to set up a long card. You must keep what partner can’t — in this case, the heart suit — and throw a diamond on the second and third rounds of trumps. Although this leaves your queen unguarded, this does not matter since you place partner with the king. You must assume this or declarer has eleven tricks: five trumps, three hearts, two diamonds and a heart ruff.

When should defender play passively? Aggressively?