On Friday the 27th of August the new course Top Sport Bridge 1 started in Norway. It is a course for high school students who want to compete in bridge at a higher level. It will be taught from Jåttå high school in Rogaland. However, since most of the students are from different parts of Norway, the lessons will be online, on Teams and Realbridge.

This will be the first time bridge at a higher level is taught at school. The course this year will be Top Sport Bridge 1, while there will be possible to choose Top Sport Bridge 2 and 3 the following years. The teacher is Vetle Faag, who is a teacher in sports courses, and a Norwegian grand master in bridge. He will therefore hopefully be able to teach the students a lot. In addition to bridge, the students will also learn about other important topics that may affect the students while they are playing. These topics are for example diet, media and exercise and restitution. 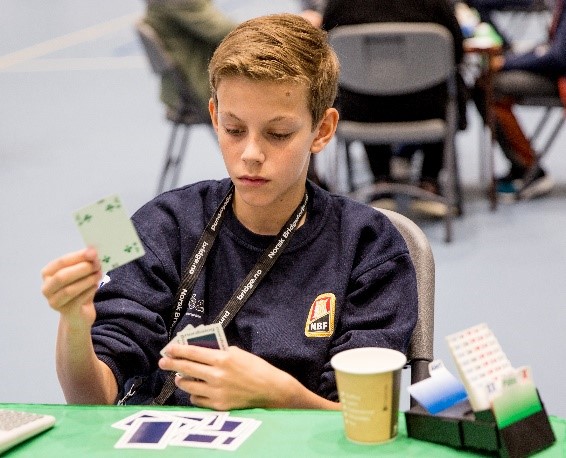 The course is five lessons (45 minutes) a week, with three parts; one lesson with tasks to solve, individually or in pairs/teams, two hours of teaching and playing together, and two hours for tournaments and gatherings. The tournaments and gatherings are often outside of the school day, so they can have these lessons off each week, to compensate for the time they use outside of school. The students gather on Teams and Realbridge each week from 14-15:30, where Vetle Faag teaches most of the lessons. Additionally to Vetle teaching, there will also be guest lectures, for example from Boye Brogeland and Sven-Olai Høyland, who both are European champions.

Even though most of the lessons will be online, there are planned a few gatherings, were the first one will be in Trondheim in October, in connection with the Norwegian national junior championship. 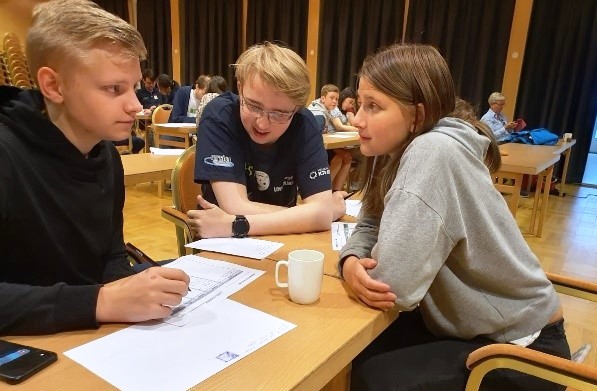 There will be both European and world champions in the class, and several national teams players, who will get a nice opportunity to improve. In addition, there are also several younger players who might get a spot in a national team later and might be seen at the top of big tournaments in just a few years. It is therefore promising for the Norwegian juniors that some players get opportunities from having bridge at a higher level as a part of their education.

There will be 13 students in the class, where some students have it as a part of their high school education, whilst others will have to take an exam in the course to get a grade.

What is the best way to teach somebody how to play...