The World Bridge Series is an incredibly exciting and challenging tournament, with many different Championships available to participants.

It is made even more interesting due to the fact that all the events are transnational, so that players from across the world, from different National Bridge Organisations, can come together as team-mates or in partnership to compete.

The venue is the magnificent Marriott Orlando World, where we have obtained special rates for all participants – please see below for how to make your reservation.

There are several restaurants and lounges within the complex, and excellent amenities that we feel sure you will enjoy … and if you are bringing the family there is even a shuttle service to Walt Disney World®! Orlando is, of course, a very well-known and popular resort, with plenty to see and do in the area. It’s not all Disney – there is the Epcot Centre and Universal Studio as well as other museums and galleries. For the golfers among you there are golf courses, and there are several parks and lakes to enjoy.

The Opening Ceremony will be held on Friday 21st September.

The following is the outline schedule of the main events. A full detailed schedule will be published here in due course.

The first events are the Open, Women’s and Senior Teams Championships: the Rosenblum Open Teams will start on Saturday 22nd September, the McConnell Women’s Teams and the Rand Senior Teams are expected to start a day later.

The Teams Championships are followed by the Open, Women’s, and Senior Pairs – the Open Pairs starts on Tuesday 25th September, the Women’s and Seniors on Wednesday 26th September. Players eliminated from the KO stages of the Teams, up to and including the semi-finals, will be able to drop into the Pairs events, following the regulations that will be specified in the Supplemental Conditions of Contest for the Championships which will be published here in due course.

The Mixed Teams will start on Tuesday 2nd October and the Mixed Pairs on Thursday 4th October.

Alongside all these tournaments there will be a number of other WBF events of one or two days (pairs or swiss) available for those wishing to participate in shorter tournaments. Details of these will be announced on the website in due course.

Players in good standing with their National Bridge Organisations are eligible to compete in any of these events, providing of course they meet all the WBF Eligibility requirements (including those relating to the ages of Senior or Youth players).

Registration must be made through the WBF Website, and the pages for this will be available from April 2018.

We look forward to welcoming many players to Orlando where we are sure it will be an enormously successful Championship! 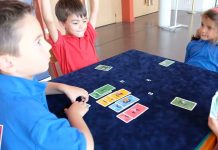