USA 2 are the Lyons of Lyon 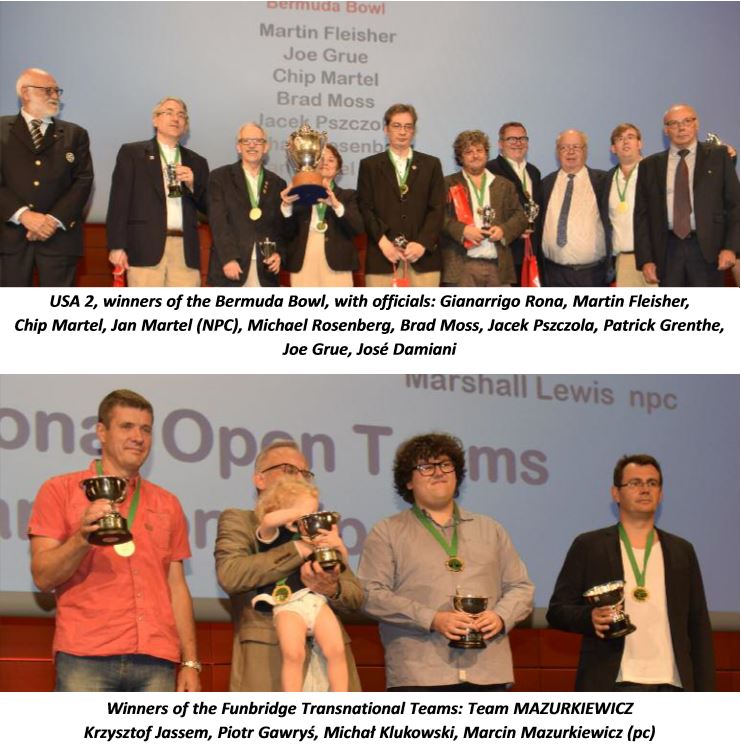 After a wonderful match that contained many thrilling deals it was USA II who emerged as the new Bermuda Bowl Champions, beating France by just 2 IMPs. Bulgaria defeated New Zealand in the play-off for the bronze medals.

There was also a close finish to the Funbridge World Transnational Open Teams which saw Mazurkiewicz hold off a strong challenge by Jinshuo while Percy convincingly won the third place play-off with Zimmermann. 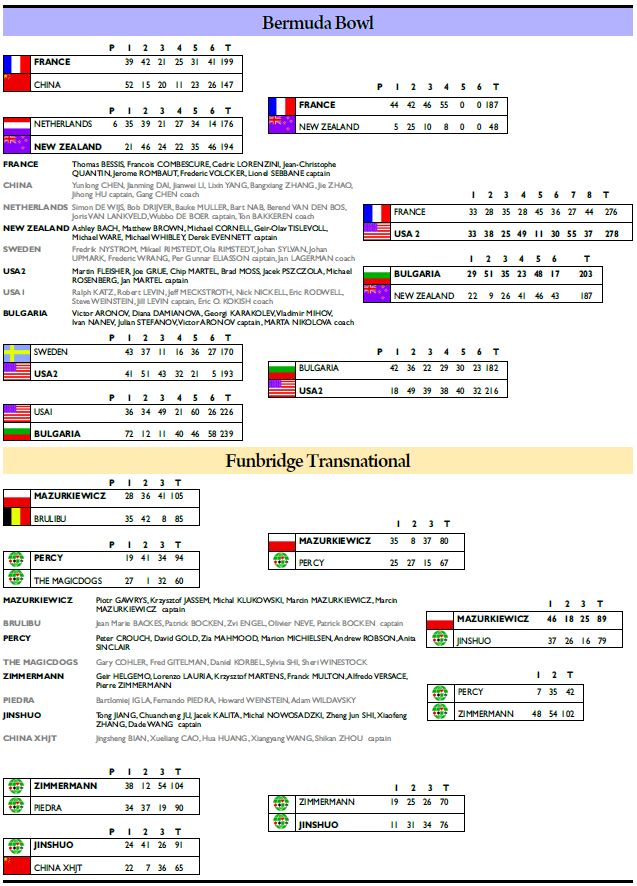 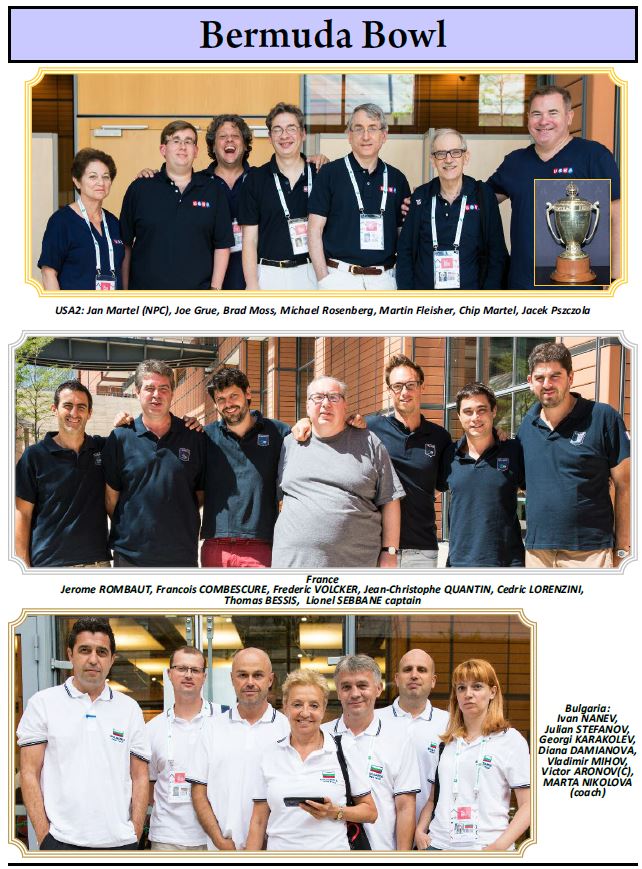 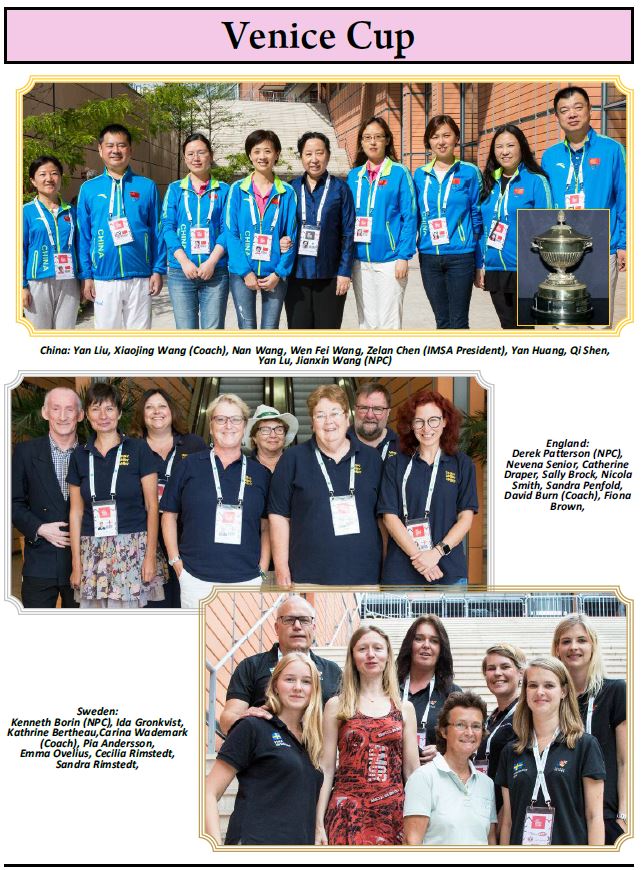 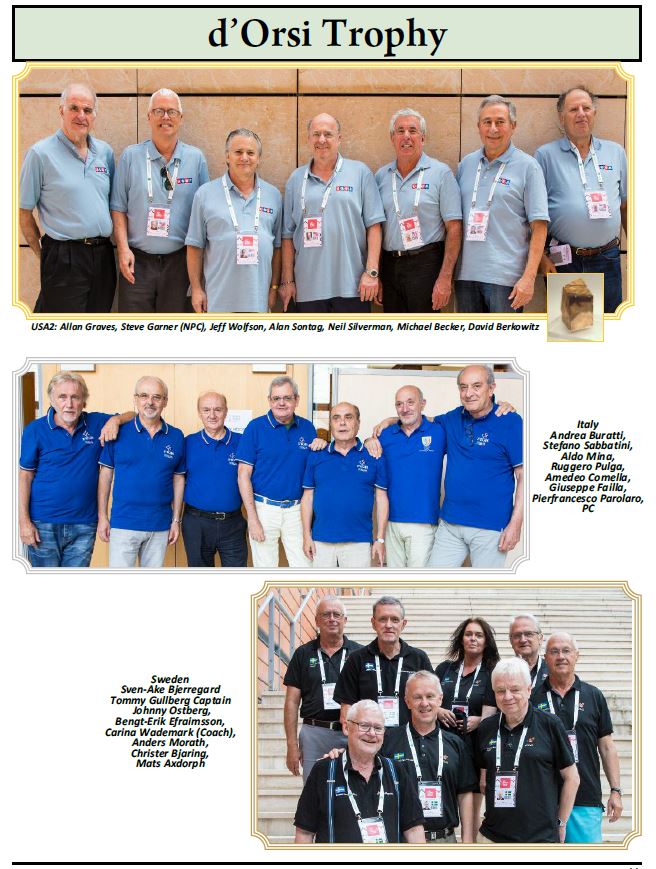 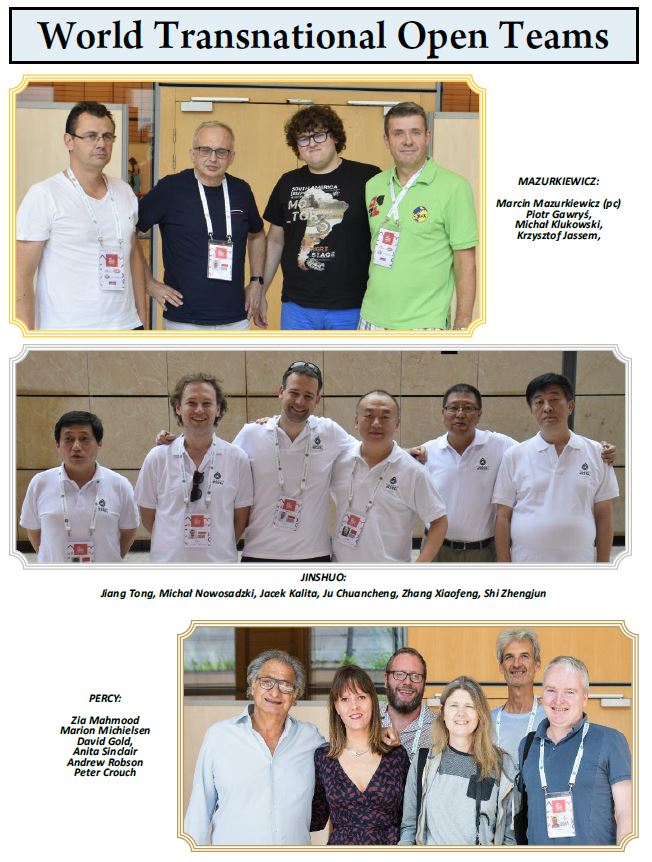