Time-lapse photography is a technique whereby the frequency at which film frames are captured (the frame rate) is much lower than that used to view the sequence. When played at normal speed, time appears to be moving faster and thus lapsing. For example, an image of a scene may be captured once every second, then played back at 30 frames per second; the result is an apparent 30 times speed increase. In a similar manner, film can also be played at a much lower rate than it was captured at, slowing down fast action, as slow motion or high-speed photography.

Processes that would normally appear subtle to the human eye, e.g. the motion of the sun and stars in the sky or plant growth, become very pronounced. Time-lapse is the extreme version of the cinematography technique of undercranking. Stop motion animation is a comparable technique; a subject that does not actually move, such as a puppet, can repeatedly be moved manually by a small distance and photographed; the photographs can be played back as a film, showing the subject appearing to move.

Lyon – Timelapse from GILAL on Vimeo.

Time-lapse bridge is a technique whereby the frequency at which a match is captured (the boards rate) is much lower than that used to view the whole match. These are the boards included in the time-lapse bridge of the match for the BB Semifinals (R5) between USA2 vs Bulgaria: 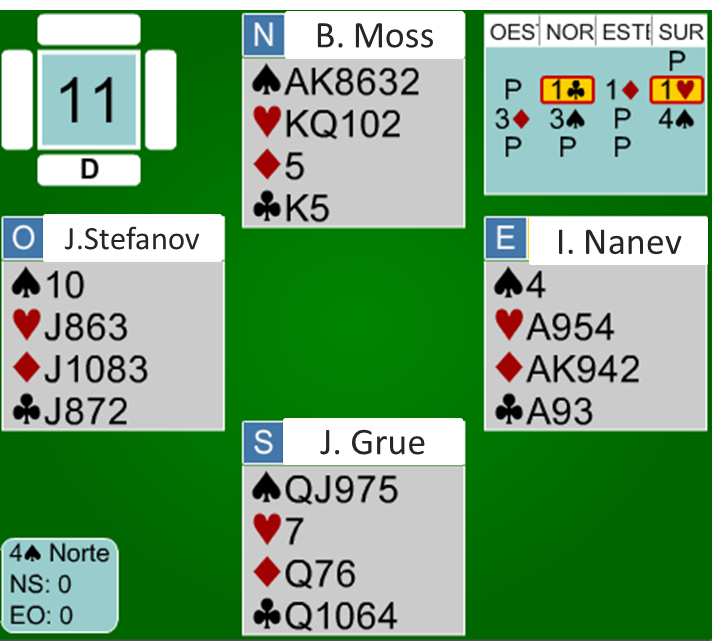 These were ahollan’s explanations in the VG BBO Table.

At the other table. 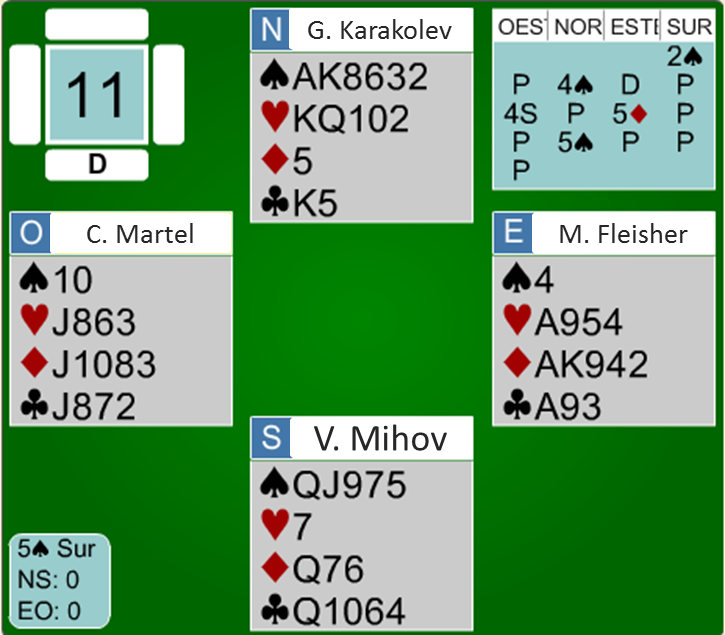 South chose to open with a spade weak bid, and North jumped to game. Fleisher decided to act, and doubled. Martel asked him to pick the suit, and Fleisher chose diamonds.

can pay more than 4

patricck→: Bulgaria were pushed to 5

bid, but they really should have taken the penalty. 5

would easily have cost more than the game 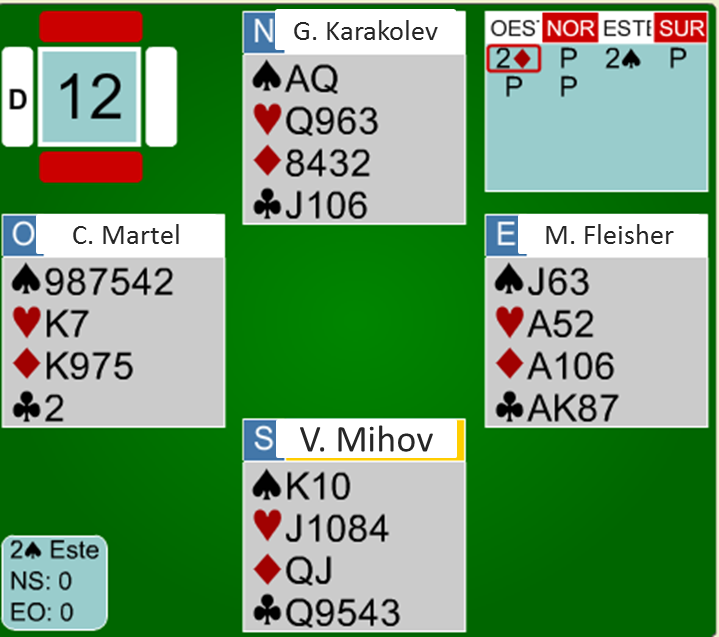 West opened showing a weak major, and his partner chose to pass. Declarer made 11 tricks. In the other room, with the same opening bid, East invited to game and West accepted, 6 IMPs to Bulgaria. 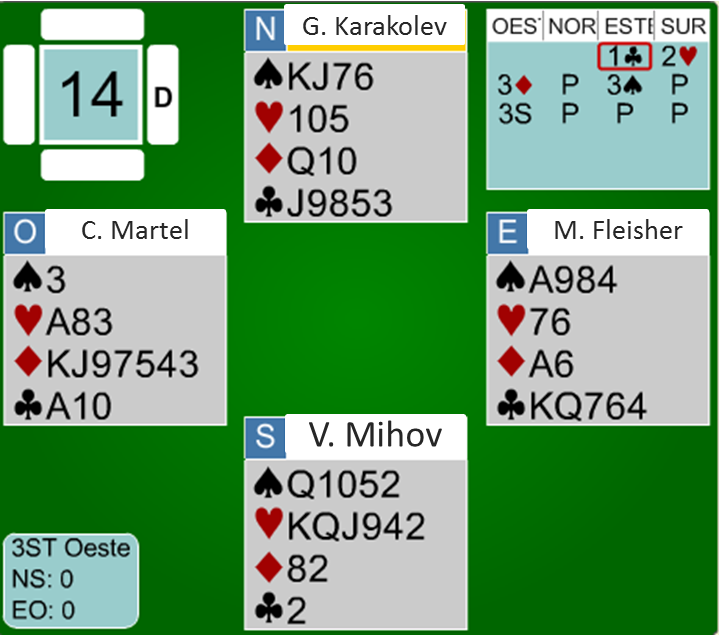 Fleisher & Martel decided to play 3NT, made 10 tricks. At the other table Bulgaria found the diamond slam: 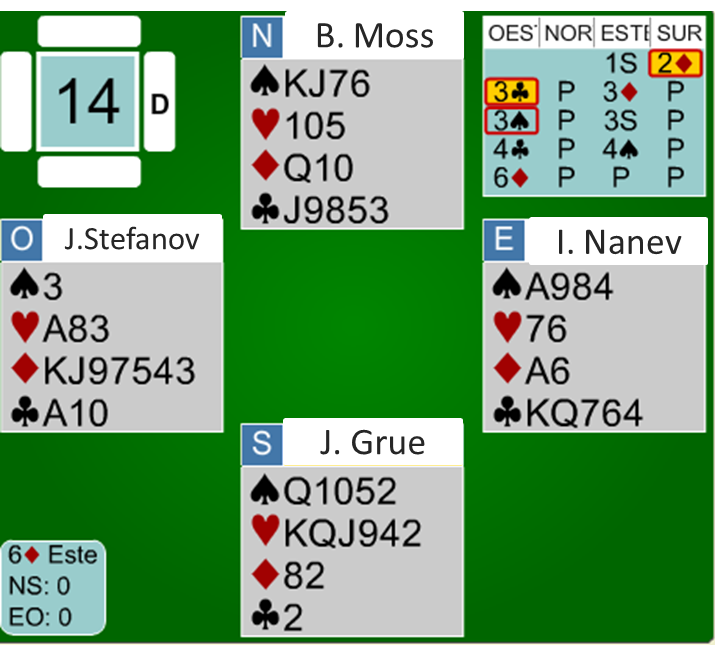 asked for four heart cards, and 3NT denied them. After having some more information about his partner’s hand Stefavnov decided to play the diamond slam.

This is what the commentators wrote:

A, continued with a diamond to the ace, watching North’s

10. And continued with a diamond to the valet and queen. Down one and a 10 IMPs swing for USA 2.

Now the comments were: