After 11 days the teams left standing face a simple equation: win one more match and become World Champions. The big six have reached their destination by different routes:

In the Bermuda Bowl France brushed New Zealand aside with ease while USA 2 had to work much harder to overcome Bulgaria.

In the Venice Cup England eventually overcame a strong Swedish fight back, while China proved too strong for Poland.

The d’Orsi Trophy saw USA 2 play a near perfect last set to get past Sweden while Italy was in cruise control against India. 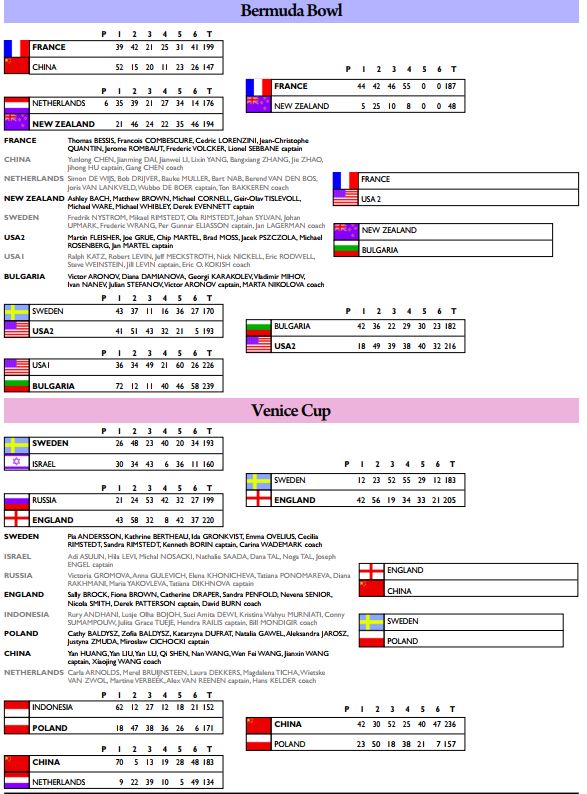 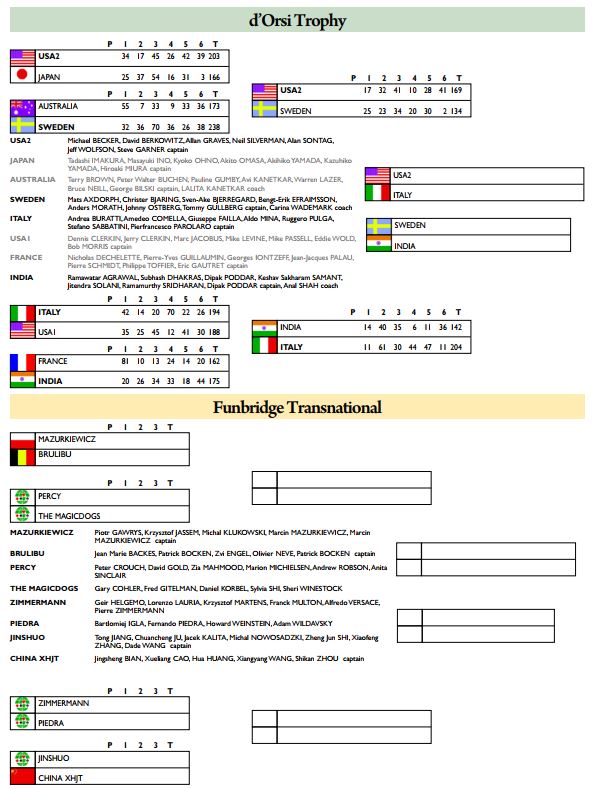 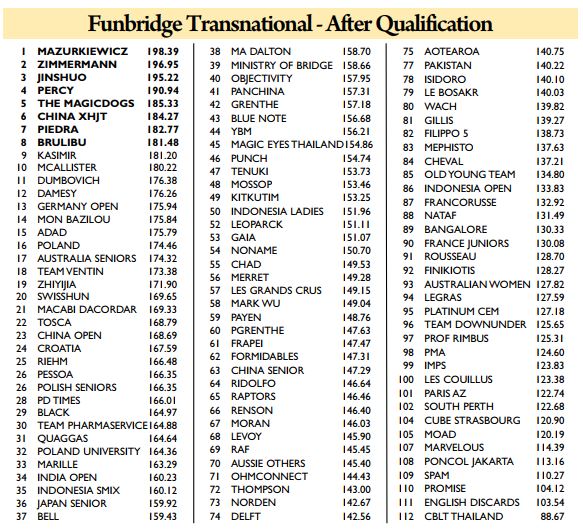