In the seventh round of the U 26 Open Category Israel faced a Team from England: Natt. 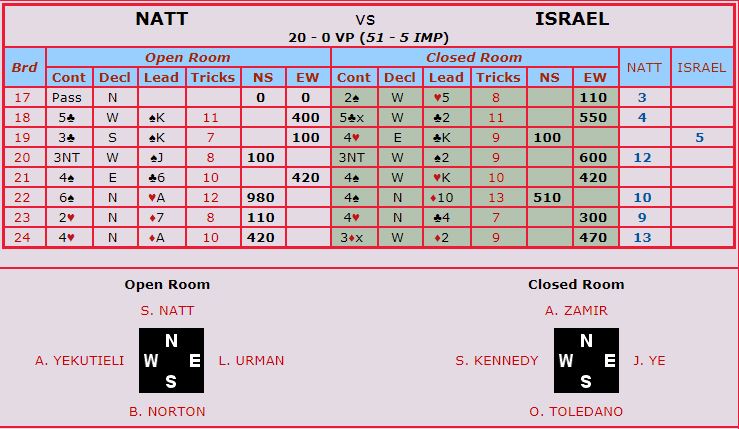 The very first hand in one of the tables was four passes, at the other table . 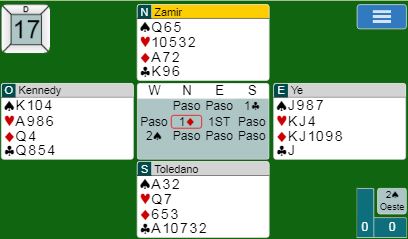 In the next Board both tables arrived to 5 clubs that was doubled in one of the tables, both declarers arrived to 11 tricks, and so another 4 IMPs for Natt. 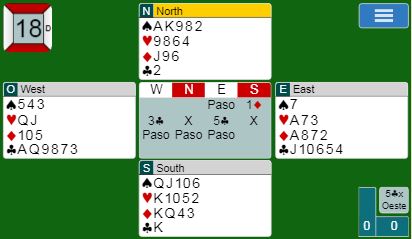 J, and Zamir led a small spade. The two declarers won the lead with their

K and ran the diamonds to find if they could get some information, but none of them could. So both decided to play the clubs, playing a club to the ace and continued with the club finesse. South (in both tables) won the trick with his

Q to play the

Natt carefully unblocked the suit throwing a high spade, beating the contract but in the other table Zamir played his small spade blocking the suit and declarer was able to make his contract.

, and Natt showed his spade suit at the one level. South continued with 1NT showing a minimum hand with no spade support. Natt jumped to the three level in spades, the both players continued describing his hands and after Natt’s keycards asking and Norton answer they arrived to the spade slam. The

A in East helped declarer to arrive to 12 easy tricks. At the other table N/S only played game and lose 10 IMPs.

Natt and Norton stopped at the partscore level and received a 9 IMPs reward for their choice when at the other table N/S arrived to an impossible game.