West Australian Matt Smith, who gave up his university studies to follow his dream to become a bridge professional in NSW, is now making his mark as a top player and professional.

He was recently awarded the IBPA Richard Freeman Junior Deal of the Year, presented to him at the awards ceremony in Sanya, China. 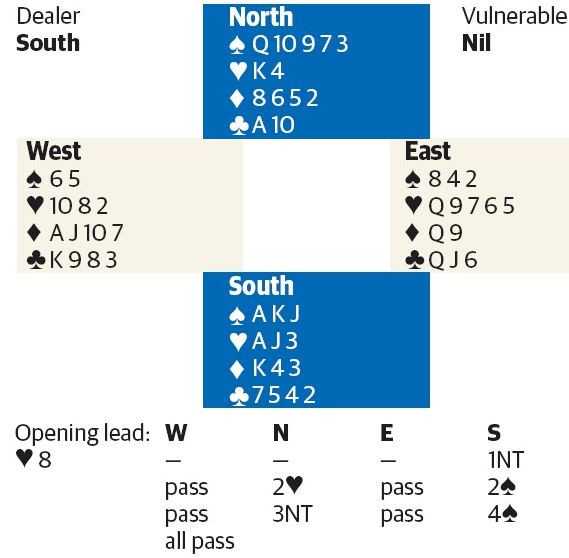 Paul Lavings wrote up the winning hand, which Matt played with great foresight, in the IBPA bulletin. This is how the play went. After West led the eight of hearts, Smith won the heart king in dummy, cashed the ace of clubs, led a heart, finessed the jack of hearts and then discarded the ten of clubs on the ace of hearts.

In all, he scored three trump tricks with ace-king-jack, three club ruffs in dummy with the queen-ten-nine, three hearts and the ace of clubs for ten tricks and 10 IMPs.

If he had let the opening heart lead run round to his jack, the timing would not be right for the three club ruffs in dummy.