The pedagogical basis of Hool

Bridge, as we all know, has a starting problem for beginners because of its steep
learning curve. In today’s day and age with attention spans ever dwindling and
app and gaming options ever increasing – spreading Bridge among kids is
against the odds.

Most people who play Bridge used to play some trick-taking game earlier – like
Hearts, Spades, Jass, Belotte, Whist, etc. But hardly anyone young plays these
games anymore, and so we have effectively lost the feeder mechanism to Bridge.
Moreover, since a whole generation of Bridge players (for whatever reason)
didn’t pass on Bridge to their kids – the second feeder mechanism of ‘home
osmosis’ doesn’t exist as well.

So MiniBridge was developed as the new feeder mechanism. But the problem
with MiniBridge, for me, is that it is just not a complete gaming experience – both
for teachers as well as for students. Rather, MiniBridge is a transitory game,
something that must be taught (to enable the student to understand the
fundamentals of card play) before moving on to the full game of Bridge. Since
Bridge teachers themselves do not find MiniBridge engaging as a game, there is a
tendency to get over this stage sooner. Besides, the gap between MiniBridge and
Bridge is big and often many students are lost in the transition.

App + Board game: Apps are the obvious trend today, but so are Board games. I
wanted Hool to be in both formats to appeal to a wider audience. App-based
games are usually fast paced and likewise is the Hool App. For example, when
you click on the button for Hand Pattern, the app displays it immediately. On the
other hand, the Board game experience is necessarily slow; likewise a player will
need time to first see the Hand Pattern, find the 4 cards that fits this Hand
Pattern, then has to insert them into the card holder and then turn it around to
finish his/her turn.

Complete gaming experience: The idea was to create a game that would capture
the essence of Bridge – that of bidding, partnership understanding, visualization
and inferential cardplay. A game that was easy enough to learn the mechanics of
the play (more or less) on one’s own but difficult to master – how modern
gaming or chess is. The app version actually has 3 games – first version is for two
players, second is for three players and the third version is full game of Hool for
four players.

In the two-player version, player A plays for N-S (seeing 26 cards) while player B
plays for E-W (seeing the other 26 cards). Both make a bid each and the highest
bid wins.

In the three-player version, the dummy is laid out while players A B and C try to
make the maximum bid win to win the dummy and be the declarer.
I feel these two versions lead organically into the full game of Hool for four
players. For absolute beginners who don’t know what is a trick, trump, etc – I
have developed an app called Kida that can be (freely) downloaded: Click here.

Interesting game even for Bridge players: I feel that Bridge teachers would put a
lot more creativity and passion into their teaching if the material posed enough
intrigue for them. Also, there would be no need to hurry up with Hool and get on
with Bridge, since Hool already echoes the different aspects of Bridge.
Moreover, Bridge players who would normally have dismissed Bridge teaching
for beginners as ‘impossibly difficult’ or ‘don’t know where to start’ would
hopefully look upon teaching Hool as something they might try.

Bridge Kids playing Hool with non-Bridge playing friends: Bridge teachers are in
short supply. To effectively spread Bridge we have to get young players in
schools and universities to teach their friends – and Hool can be an effective tool
to facilitate that.

Reaching the non-bridge audience directly: If Hool somehow became a game that
appealed to the youth, then surely the better players of Hool would sooner or
later gravitate towards Bridge.

To give an example from another sport – Cricket, a British game played in
countries they colonized (India, Australia, South Africa, Caribbean, etc) was
dying some years ago in its original form known as ‘Test Cricket’. That’s when
cricket re-invented itself via another format – ‘Twenty20’ – a concise exciting
modern version that drove the crowds back into the stadiums worldwide. In fact
in addition to its returning fans, cricket found a totally new audience in women.
But all cricketers and knowledgeable fans know that Test Cricket is the highest
form of the game. So the better cricketers always aspire to play and excel in Test
Cricket knowing that no other form of cricket ‘tests’ their skills in such depth as
the traditional form. Thus the modern Twenty20 format has become the feeder
game for traditional Test Cricket.

Likewise, it is hoped that Hool becomes the feeder game for Bridge 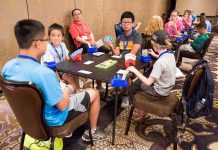 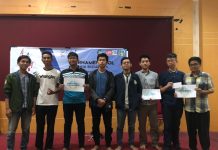