The first board unbalanced the score. 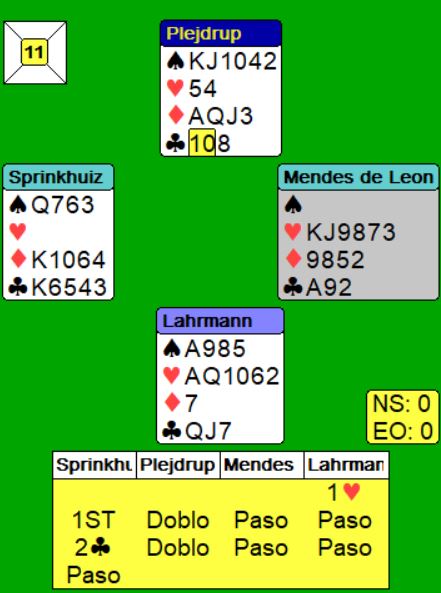 Christian Lahrmann (DEN) opened his hand with a 1

bid, and Sprinkhuizen (NTH) competed with 1NT showing his heart void, North chose to double and after two passes he rescued himself with a 2

At the other table just as in a parallel universe things were totally different. 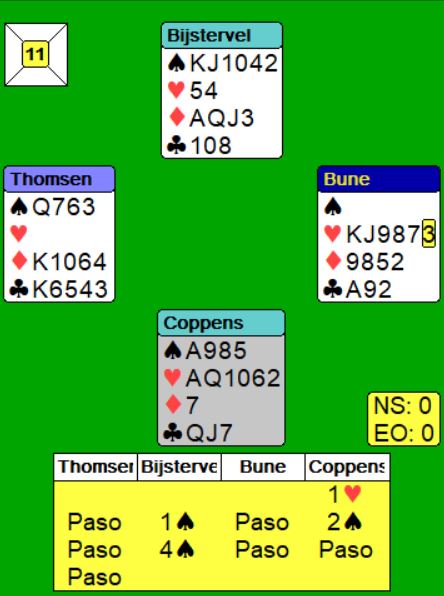 . The heart lead, produced two ruffs along with the two natural club tricks ended the adventure one down. 8 IMPs for Denmark.

Next board was a 10 IMPs recovery for Netherlands, in one table the contract was 4

made, at the other table the same contract was defeated. 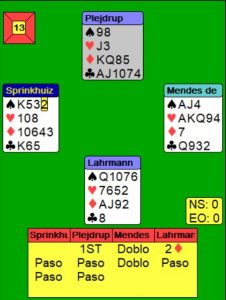 . He became declarer but had to play it doubled. He managed to make an overtrick and scored +380. 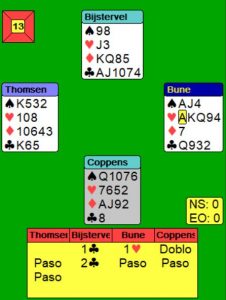 Board 14 was a 12 IMPs gain for Netherlands. 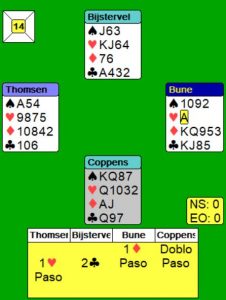 and after three passes the bidding ended. Declarer made the contract with no problems scoring +90. 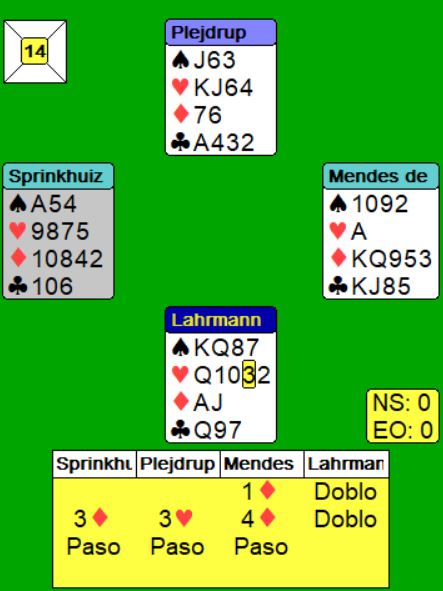 and Lahrman (DEN) also doubled. But this time West said 3

, that were doubled by South.

Declarer only lose two aces and another club fulfilling his contract for +510 and 12 IMPs for Netherlands.

Board 15 was another 10 IMPs for Netherlands when they chose to play 3NT (done), where Denmark chose to play a heart game going one down.