There are many opportunities for youth bridge players.

Every year at the summer nationals, the YNABC (Youth North American Bridge Championships) takes place. Here, youth bridge players from all over the world gather around to compete in pair and team events. The winners of these events receive $1000/player in scholarships. This is a great opportunity for youth players to make some new friends, have fun playing bridge and travel to a different part of America.

Another great opportunity is the organization SiVY (Silicon Valley Youth Bridge). All of our officers were either introduced to the game or drastically improved through SiVY’s efforts. In SiVY, there is a great group of volunteers/mentors that will ensure a fabulous bridge playing experience. Two great events SiVY hosts are their monthly Pizza Parties and weekly Casual Fridays, where youth players can interact with their peers, improve quickly, and have a blast.

At Pizza Parties, newer players get introduced to the game and play with others under the supervision of mentors. More experienced players compete in a tournament, and the winners receive prizes. Best of all, there is free unlimited pizza for everyone! At Casual Fridays, players play for fun while experts offer advice.

Lastly, to train players to play competitive youth bridge at the highest levels, the USBF (United States Bridge Federation) offers an online training program for prospective players to compete in international youth competition. This program, directed by Michael Rosenberg (one of the best players in the world), hosts practice sessions for two hours every week, where an expert mentor watches a group of juniors play and provides feedback afterwards.

Every year, the USBF selects junior teams to participate in the World Youth Bridge Team Championships. In 2018, four members of YBA (Arthur Zhou, Michael Hu, Michael Xu, and Jonathan Yue) won a bronze medal in the U16 division at the WYBTC in China. 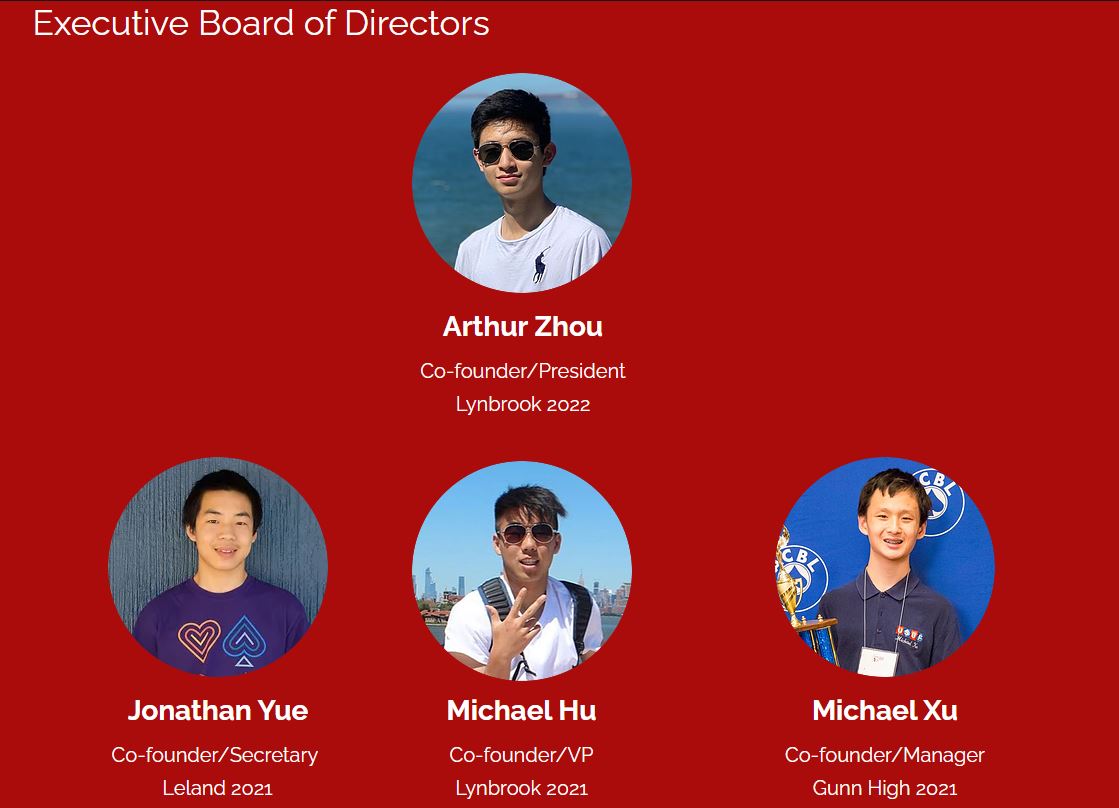 What Makes for a Good Bridge Partner? By Bill Gates