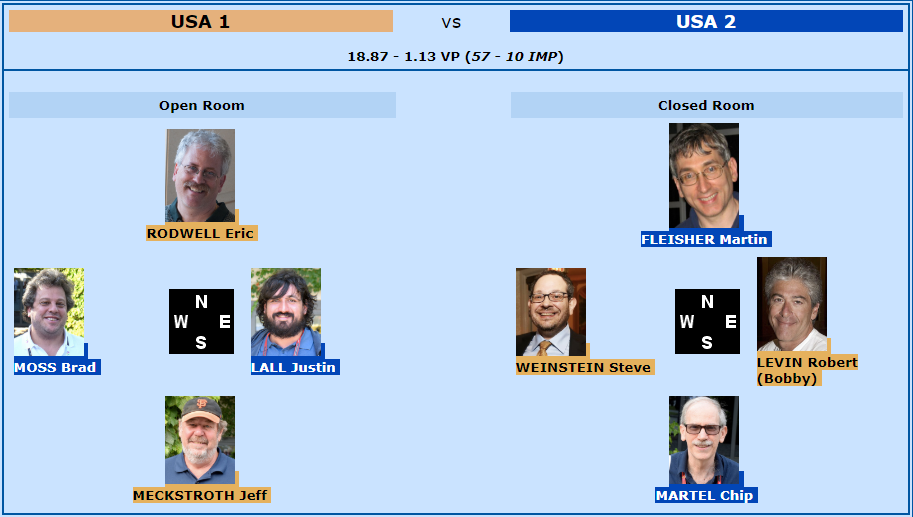 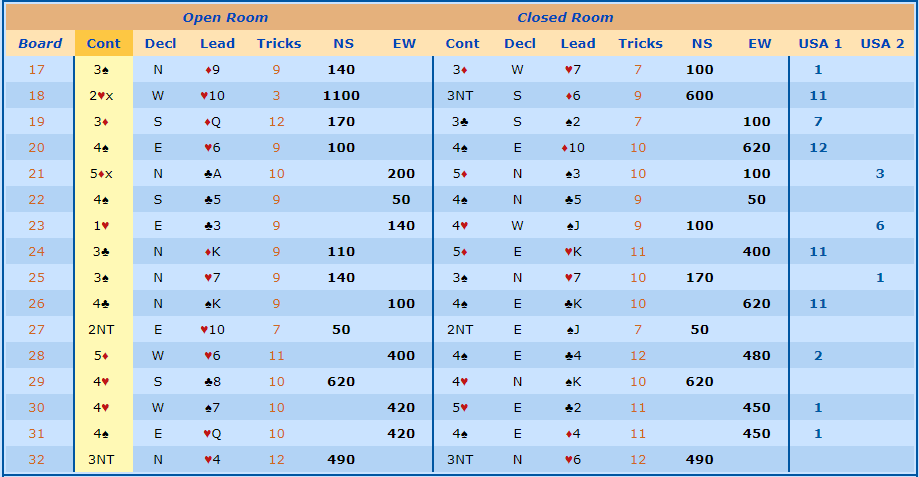 USA 2 Fleisher-Martel, (North -South) without interference arrived to a 3NT contract. After receiving a diamond lead, declarer made 5 club tricks, plus two spades and two diamonds. +600.

At the other table after Meckstroth 1

Lall won the first trick with his

Q, continued with a diamond to dummy’s

A and played a spade. Meckstfoth won the trick with hs king, and returned a diamond, ruffed by his partner. Rodwell left his hand playing his

K, and now declarer had to lose another spade and a club for one down.

At the other table USA 1 also arrived to the same contract but the USA 1 declarer played a different line and achieved victory. Levin won the diamond lead in dummy and continued with a heart to his queen. After winning the second trick, he cashed the trump ace and played the

9, Martel won with the king and returned a diamond. His partner ruffed with the queen (a natural trick) to return the club king.

Levin won with the ace, and cashed all his spades arriving to this end position: 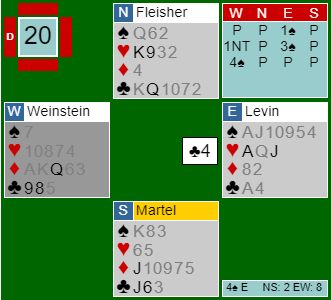 When he continued with a small club, Fleisher had to win with his queen, but was endplayed. +620 and another 12 IMPs for USA 1.

, done +110. At the other table Weinstein-Levin arrived to the diamond game.

, Weinstein invited to game in diamonds and Levin accepted. Levin only lost two aces to add +400 and 11 IMPs.

Again Moss-Lall played a club partscore while at the other table Weinstein-Levin arrived to a spade game (declarer only lost 1 club and two diamonds) and 11 IMPs for USA 1.

After this match USA 1 climbed from the 6th to the fourth position:

25th March 2019
X
We use cookies to ensure that we give you the best experience on our website. If you continue to use this site we will assume that you are happy with it.Ok