The papillote is a chocolate accompanied by a paper carrying a message, all wrapped in a golden or silver paper. This candy, originating in the Lyon region, is consumed mainly during the Christmas holidays.

Traditionally, the papillote is thus composed: an outer paper: shiny, cut into small glittering lamellae; A riddle, a fun quote and / or a firecracker and a treat, sometimes a fruit paste, but more generally chocolate.

Legend has it that the papillotes were born in Lyon (in the quarter of the Terreaux) at the end of the eighteenth century, when the young clerk of a confectioner had the idea, to charm his beautiful who worked on the floor above , To send his little words of love wrapped around a confectionery.

The legend proposes two ends, one unhappy and the other happy.

According to the first, M. Papillot, the boss of the clerk, would have surprised and dismissed him, but having found the most interesting idea, would have decided to use it: the papillote was born.

According to the second, the clerk married his beautiful, who was none other than the niece of Sieur Papillot.

G. Lenotre in Vieilles maisons, vieux papiers writes that Anne-François-Joachim Fréville is the initiator of the poetry of confectioners. Since then it is a tradition, and papillotes have a prominent place on the Lyonnais table around Christmas.

Just as papillots are a delicacy of the French cuisine, Benito Garozzo is a delicacy of the Italian bridge and in this WBTC, participants have the honor to play against (or with him as his italian team-mates) one of the greatest players of all times.

Today, August 19th 2017, Italy played against Bulgaria and Garozzo once again sat at the bridge table to defend the Italian Blue Color.

Board 1, Dealer South, All Vulnerable 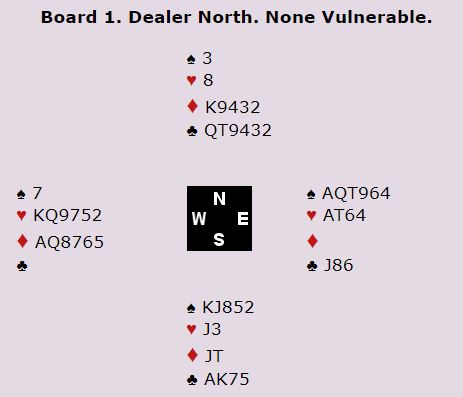 While the partnership from Bulgaria were bidding their hands, Gandoglia showed both minors. Donati chose clubs and ended as declarer of a doubled 5

The defense took the first 4 tricks:

A, and a diamond ruff, and the

With no interruptions, Benito, via Exclusion keykard led his partnership to the heart slam.

K and played a small spade to dummy’s ace. He returned to his hand ruffing a spade, played a heart to the ace and ruffed another spade.

A and ruffed a diamond in dummy, to continue ruffing another spade in his hand. Another diamond ruff in dummy and claimed +980 with his good spades:

This are the results of the hand in all the tables: 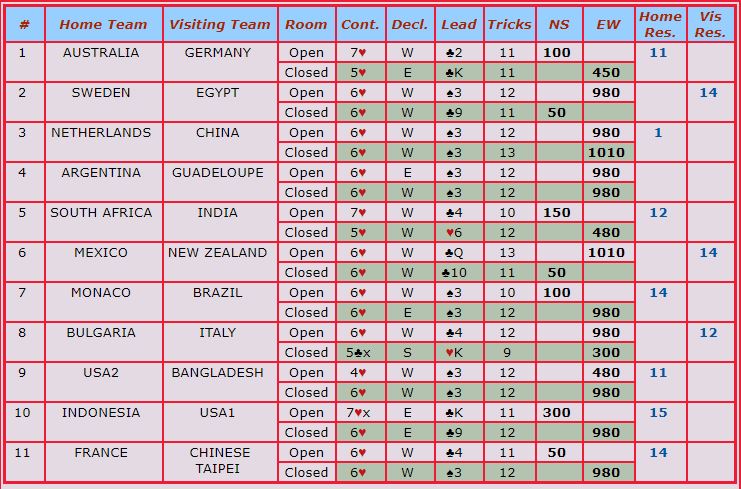 For our young bridge players:

Benito Garozzo (born 5 September 1927) is an Italian American bridge player. He won 13 world championship titles with the Italian Blue Team, starting in 1961 when he was added as a last minute substitute for the Bermuda Bowl, playing in regular partnerships with Pietro Forquet to 1972 and then with Giorgio Belladonna. During those championship years he came to be considered by many experts the world’s best bridge player. 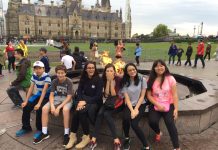 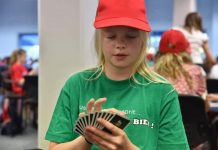 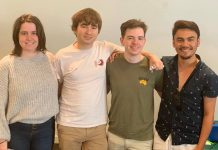 2019 Victor Champion Cup Festival of Bridge: Which one’s the youth...