After six days’ play it comes down to a simple equation for the teams hoping to be back – finish in the top eight or say goodbye to the chance of winning one of the most coveted prizes in the game for another two years. In the Bermuda Bowl eighth place appears to lie between Egypt, Monaco, Australia, Italy and Brazil. In the Venice Cup the contenders are Poland, USA 1, France and Italy while the last chance salooners in the d’Orsi Trophy are Israel, Japan, Austria, Turkey, Argentina and Canada.

It promises to be a thrilling day for the spectators. 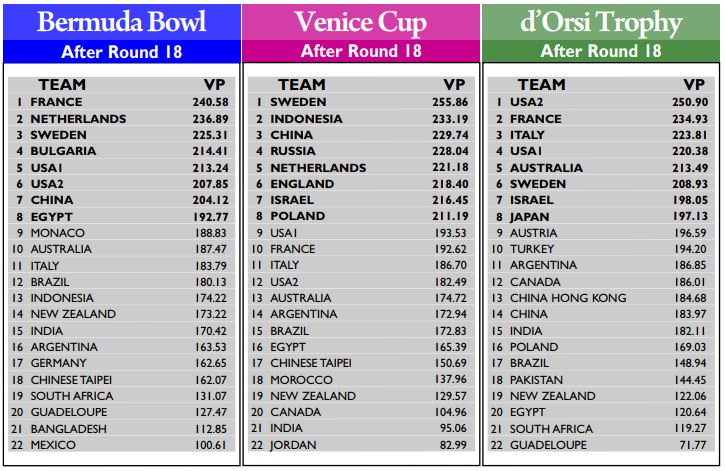 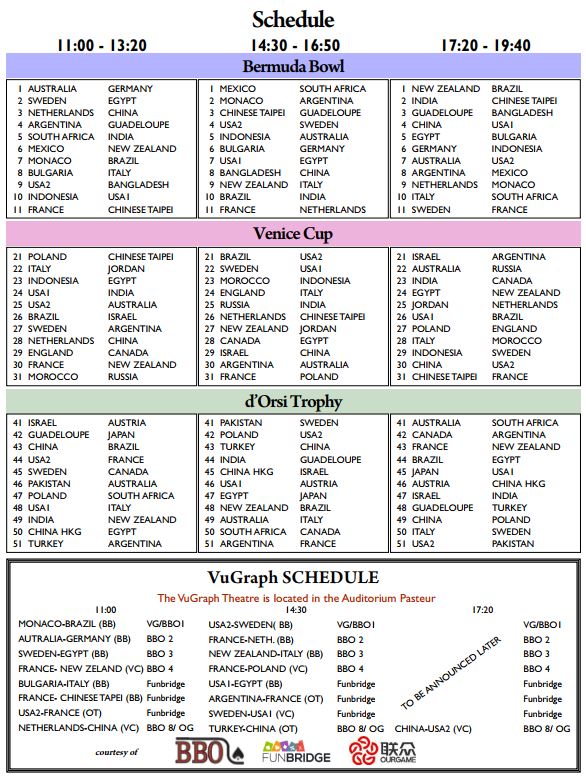 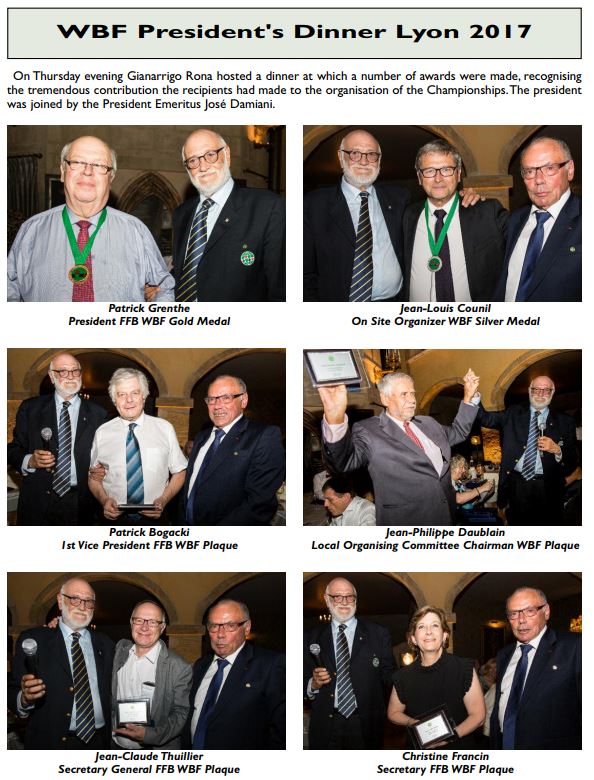 Mr. Chen Yeh donates, through the WBF, for COVID19

9th April 2020
X
We use cookies to ensure that we give you the best experience on our website. If you continue to use this site we will assume that you are happy with it.Ok